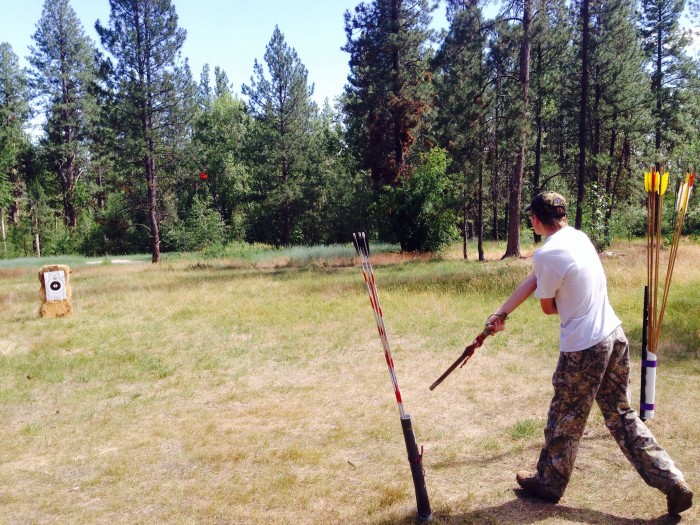 Many knappers also enjoy traditional archery and throwing darts with an Atlatl.

In case you’ve never heard of an Atlatl it’s a hand crafted device designed over twenty thousand years ago according to archeologists, that enhance a spear throwers abilities.

Learning to throw an Atlatl properly is one of the activities being demonstrated at the Bitterrot Knap-in this weekend at Larry creek campground in Stevensville through Monday. 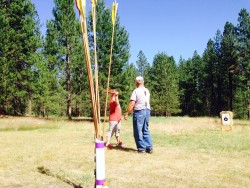 Believed by most experts to have been used to improve the accuracy of hunters over that of a hand held spears thousands of years ago, today Atlatl competitions around the world ensure the continuation of the sport.

Thrown competitively at distances of 15 and 20 meters, official events must be publicized several weeks in advance and scores are turned into the World Atlatl Association.  This allows competitors entered in any event the opportunity to become a world champion without needing to travel the world over to compete.

Darts must be balanced with 20% weight forward in order to fly properly.  Traditionally made from wood, darts are now widely available in alumin 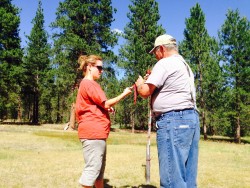 um. The Atlatl itself has maintained a more traditional look with most being made from wood, antler and stone.

My wife Katie and I received expert instruction and were able to hit a stack of hay piled three bales high at 15 Meters.