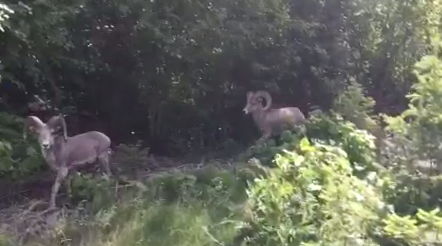 Ram Commute off HWY 200
By rowdyrob

This video was send to us by Josh Stewart.  After leaving his fishing area off of HWY 200, Josh spotted a heard of rams and whipped out his phone to capture the video.  He caught 3 large Rams, but stated that the first 2 were much bigger.  Thanks for the video Josh.