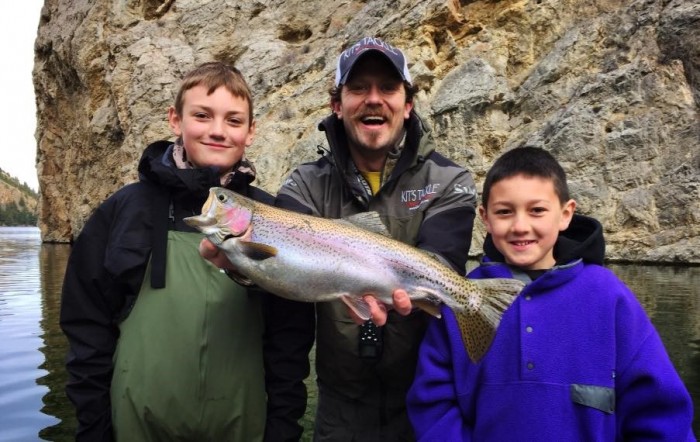 Just yesterday I did my thirteenth guide trip and I couldn’t be more proud!  I have always looked up to the fishing guides and was so intimidated by the world of guiding.  Now that I have a few trips under my belt, I can honestly say it is a dream come true being that I’m a social minnow.  I am having so much fun sharing my passion of the water with others…I have had some amazing trips!  My trips have been filled with laughs from youngsters and with serious gurus that could out fish me on the drop of a size 20 pmd.  WHOA…did I just use fly fishing lingo?!?!

Since I have yesterday’s trip fresh on my mind I will give you a taste of the guide life.  It was my first REAL fly trip up above the Gates of the Mountains in the LOG (Land of the Giants).  As I pulled into the marina I was quickly met by a very nice and ambitious young man named JC.  He shook my hand, told me he was excited and said, “Nice boat bro”!  I then got to meet his dad, Gary, who was equally as awesome as JC.  It was an afternoon trip and the weather had just started to turn.  The lake went from glass calm to as western as Waylon Jennings in the amount of time it took to back the jet boat in.  As JC and Gary entered the boat I could feel their burning passion of the river flowing from their souls.  As we headed across the big water we got soaked and they just laughed it off.

We got up the river and before I could get positioned JC yelled, “Bro, look at that fish feeding on the surface,” so we had our first target.  After floating a few dry flies I could see the talent this father/son duo possessed.   They used teamwork to get their bugs in perfect position and make it happen.  “Dad, pick it back up, three feet further and to the right to compensate for the wind, mend it dad, mend,” and BOOM!!  How awesome it was to watch these machines dissect the river.  After getting a few on the dry it was time to take my lead and get the junk outJ  Time to chuck streamers, baby!

With about an hour left of light, we dove into the witching hour with fly lines singing.  Drifting my favorite haunt, I told JC we were approaching my most sacred place for giant browns.  We have caught multiple fish into the mid-twenties and a few larger, BUT have moved some of the biggest fish I have ever seen!  As we approached the log I coached JC into tossing his streamer right behind the split log.  Two yanks from the bank and…HOLY MUSKRAT ON A BEAVER SLIDE!!  I will never forget the look on JC’s face when that brown smashed his streamer.  I literally watched a shock wave vibrate through JC’s body straight from the grasp of his rod.  After I could collect what had just happened I think the giant brown did too…in other words the brown realized it was hooked.  Then, like me on a piece of chocolate cake, the brown took off down river and covered a hundred yards in a matter of seconds.  With JC’s fly line almost stripped, the line got twisted around the reel and KA-POW!!  At this point JC had been very intense, but polite.  As his 1X (13 lb test) tippet was left shambled he yelled the “f” word at all lungs…”fudge” of courseJ

If this blog comes across a little wobbly it’s because I didn’t sleep last night thinking about JC’s fish.  I spend hundreds of hours out there to feel what JC felt when that old warrior struck his streamer.  Since I have felt it before… it was truly very cool to watch someone else feel what I long so much for, especially someone like JC who is more psycho crazy about the river than I am.  Although it was a heartbreaker to lose the fish…God works in mysterious ways to keep  people chasing their passions.  Although, I bet JC needs some sleepJ

Here is a couple of my favorite memories with guiding with kiddos on board this year.. 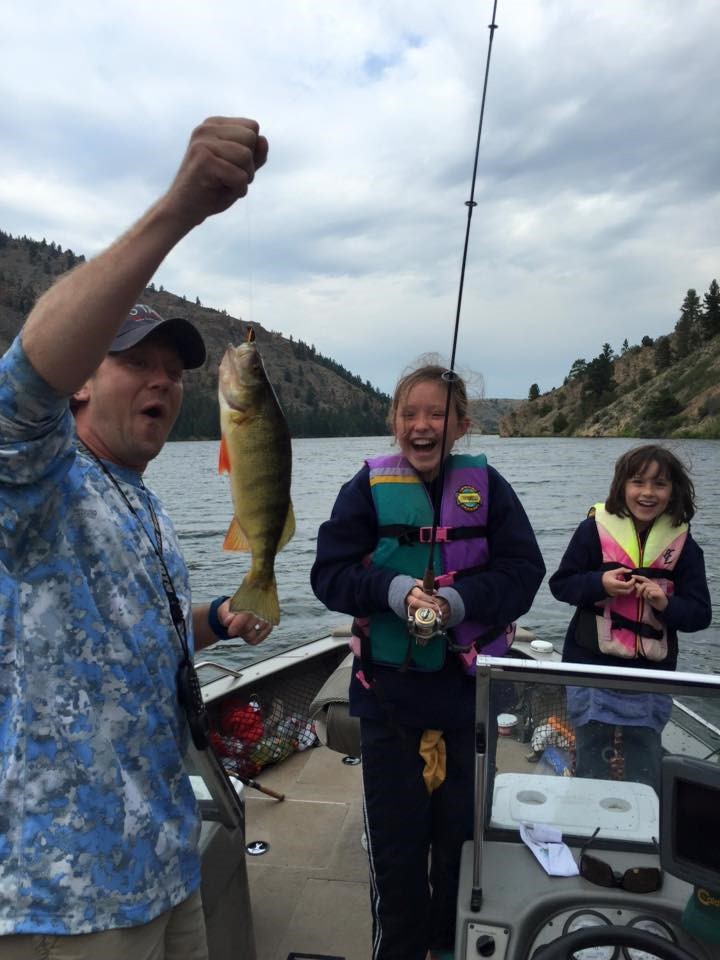