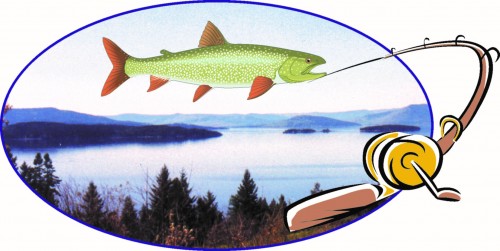 2015 Fall Mack Days ended November 15th with a fish fry and awards ceremony. A record Fall Mack Days total of 19,525 lake trout were harvested during the eight week event sponsored by the Confederated Salish and Kootenai Tribes. Mack Days are used as a management tool to reduce non-native lake trout in Flathead Lake Mack Days. The event drew close to five hundred anglers who signed up with one hundred ninety five turning in fish during the eight week event.

Laurie Kreis of Huson placed first in the Ladies Division with 275, 2nd –Debbie Pike of Polson-212, 3rd-Brandy Hilde of Missoula-170, 4th-Jeanee Mooney of Missoula-146, and 5th-Bobbi Hereford of Missoula with 117.

Ayden Tripp of Missoula and Brandon Watne of Kalispell tied for first in the 13-17 age group with eighteen fish each, 3rd-Landon Wilkensen of Libby with 17, 4th Brandon Bass of Lakeside with 9, and Myles Tripp and Garrett Beville of Bigfork tied for 5th with 8 each.

Ellyanna Tripp of Missoula was first in the 12 and under group with 28, 2nd-Matthew Kreis of Huson with 13, 3rd -Makenna Garrett of Missoula with 7.

Golden Angler Larry Karper placed in the top ten so angler Bob Christensen won with 327 and second went to Glenn Hoffman of Missoula.

The Bucket Day competition was won by Richard and Laurie Kreis of Huson with 22 points, 2nd went to Ted Petersen and Paul Gyles of Stevensville with 20 points, and 3rd place went to Bob and Bobbi Hereford of Missoula with 14 points.

A big thank you goes to the anglers who participated in the fishing event. You make the events successful with your effort, time, and participation-Bob Wards and Sons for your support of our prizes and helping us stretch our budget as far as we can and to Sportsman’s Warehouse for your support, Yeti Coolers, G Loosmis Rods, and Powell Rods. Please remember these vendors and thank them for the support and help.

For more information on the event and the prizes awarded go to www.mackdays.com.