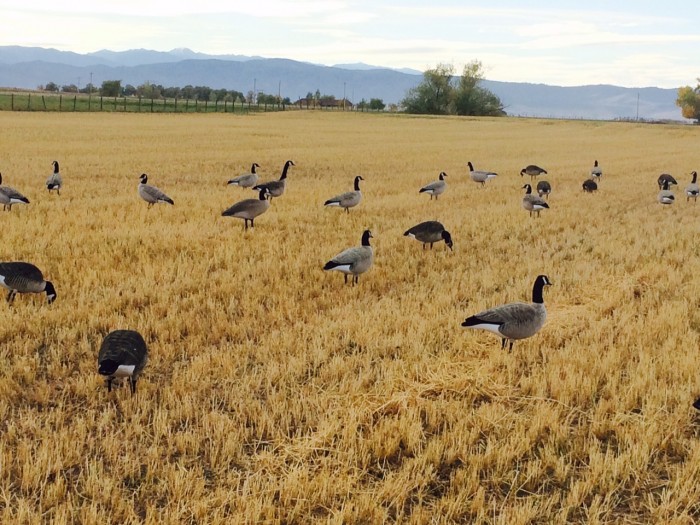 A reminder to be grateful for your harvest
By Moosetrack Megan

Success in the field in never guaranteed, and once upon a time, it was all the pioneers relied upon for their food, especially Thanksgiving. Here’s a snippet from 99 years ago about hunting for Thanksgiving dinner:

“As Thanksgiving day draws near again, I am reminded of an occurrence of my childhood. To tell the truth, it is a yearly habit of mine to think of it about this time and to smile at it once more.

We were living on the frontier in South Dakota then. There’s no more frontier within the boundaries of the United States, more’s the pity, but then we were ahead of the railroad in a new unsettled country. Our nearest and only neighbor was 12 miles away and the store was 40 miles distant.

Father had laid in a supply of provisions for the winter and among them were salt meats, but for fresh meat we depended on father’s gun and the antelope which fed, in herds, across the prairie. We were quite excited, one day near Thanksgiving, when father hurried into the house for his gun and then away again to try for a shot at a belated flock of wild geese hurrying south.

We would have roast goose for Thanksgiving dinner! “Roast goose and dressing seasoned with sage,” said sister Mary. “No not sage! I don’t like sage and we won’t have it in the dressing,” I exclaimed. Then we quarreled, sister Mary and I, she insisting that there should be sage in the dressing and I declaring there should not be sage in the dressing, until father returned, — without the goose! I remember saying in a meek voice to sister Mary, “I wish I had let you have the sage,” and to this day when I think of it I feel again just as I felt then and realize how thankful I would have been for roast goose and dressing with sage seasoning — with or without any seasoning — I could even have gotten along without the dressing. Just plain goose roasted would have been plenty good enough.

This little happening has helped me to be properly thankful even tho at times the seasoning of my blessings has not been just such as I would have chosen.”

– From “Thanksgiving Time” by Laura Ingalls Wilder, published in The Missouri Ruralist, November 20,1916