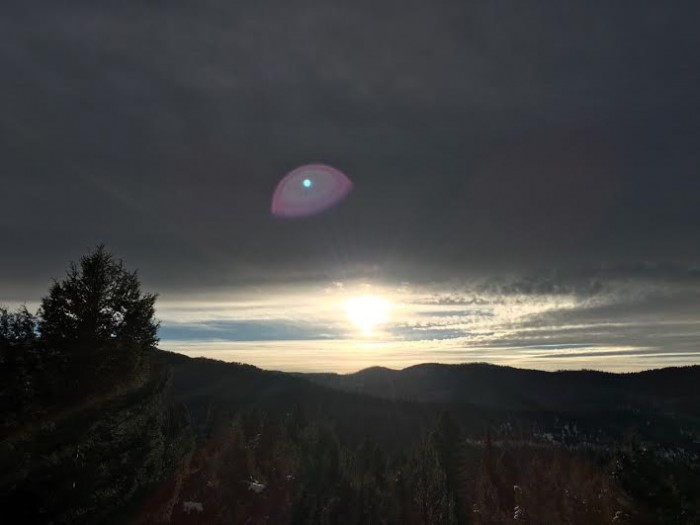 So, here I was….just hiking around with .280, admiring this incredible state and hoping to cut some fresh elk, coyote or wolf tracks…  It was 14 degrees outside when I started walking, and the sun hadn’t risen above the mountains yet.  It was a beautiful sight to see when the sun finally did peek above the mountains, bringing about 10 degrees of warmth with it.  So, naturally, feeding my addiction of taking pictures, I stopped and took a few of the sun slowly moving above the mountain skyline.  Something was strange about the photos, though, and I am still not 100% sure what this odd light was, but I would love your input.  Here are the pictures I took: 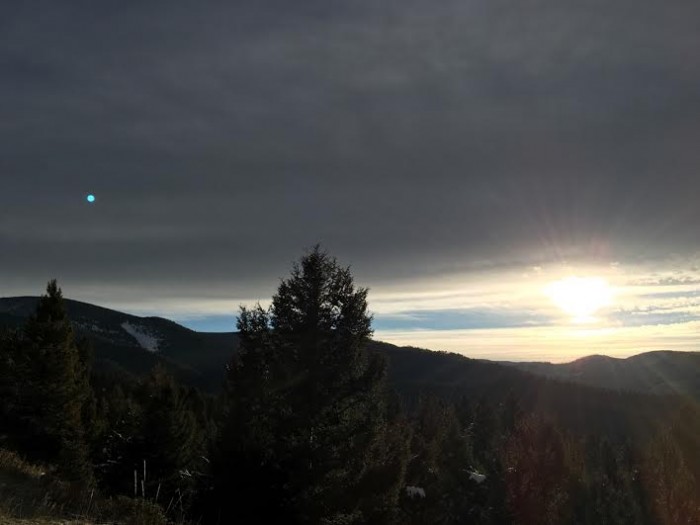 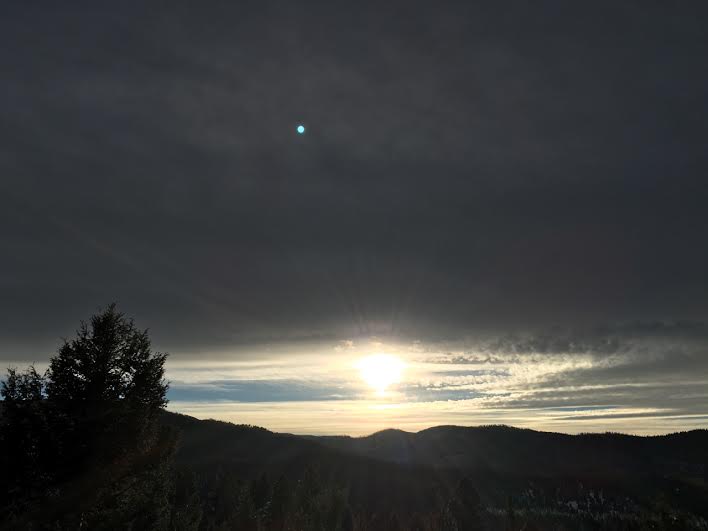 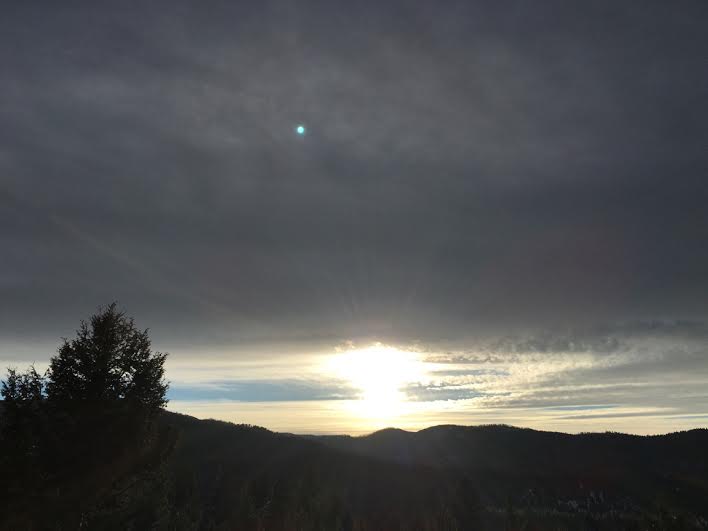 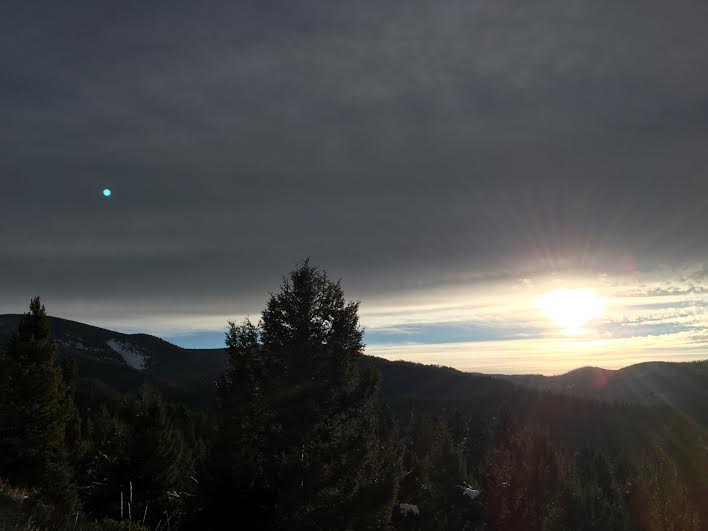 So, KECI actually posted an article on their website on Saturday, November 7th stating something about Californians panicking because of a light that was seen in the sky over the weekend during the night (Read the article here).  It turns out that the Navy released a statement stating that they were testing missiles and performed a missile launch.  The test was actually conducted off the coast of Southern California and the missile was not armed, according to a statement from the Pentagon.

An onlooker described the light as going from “gold and small, burning for a few minutes” and then turning into a “blue spot light–Like at an event held at night — not like shooting out at us, but a white bright light.”  Well, the end part of that is exactly what I see in these pictures I took posted above–It looks like a blue spotlight to me.

So, here is what I’m wondering:

As you can imagine, it was quite the coincidence to read the article about the panic that a similar light caused in California.  Although I have no confirmation of what this was, it makes me wonder if anybody else has seen unusual or even unexplainable things while out hunting, fishing, trapping or doing anything outside in their lifetime.  Even if you didn’t get a picture, we would love to hear your stories or explanations of what this or anything else that people witnessed actually was.  Click here to post your pictures and stories on Facebook.