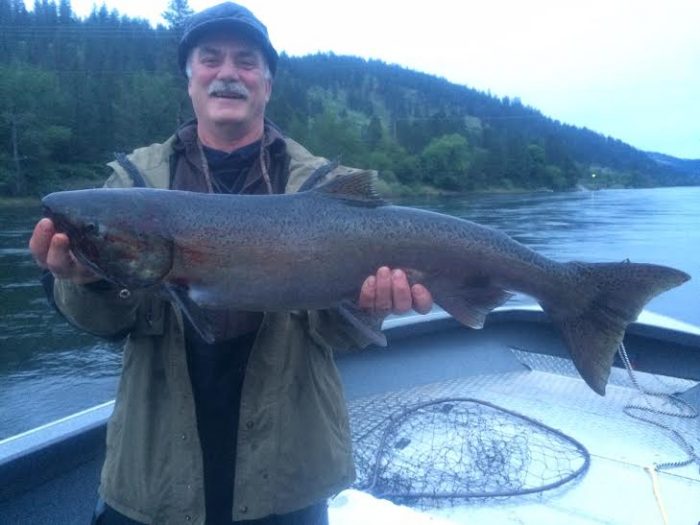 The Captain Travels to Idaho for King Salmon!
By angelamontana

While some people are going to bed at 3:00 a.m., others are just waking up and drinking their first cup of coffee for the day in preparation for an all-dayer on the water.  The Captain recently joined Jim Swanson, from Polson, and Earl Morgan, from Corvallis, for some king salmon fishing on the Clearwater in Orofino, Idaho. The three of them were on the water fishing by 4:30 a.m.  They were not messing around–they were there to catch some fish!

They ended up hooking five fish and landed two on Monday morning. By late evening, they limited out.  They were using cured salmon eggs and kwikfish wrapped with tuna.  Apparently, both presentations worked about the same.

But, the thing I want to know is what do you use to catch a salmon that is already filleted? The Captain managed to figure it out by snagging an already-filleted king salmon.  After he sent the photo below to his other half, Berny, her response was reminding him that he should take the picture BEFORE the fish is cleaned. Ha!  Funnier thing is that this was his first catch of the day, too. 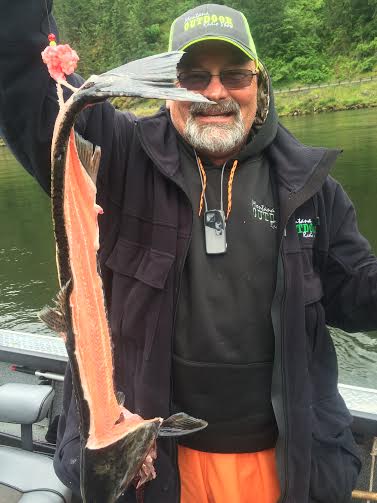 You just never know what to expect when you go fishing with the Captain!  Looks like some good fishing and a lot of fun!  Here are a few more pictures and some video footage:

Feature photo at top of page: Swanson holds their biggest catch of the day that was caught at 8:22.  What a beauty! 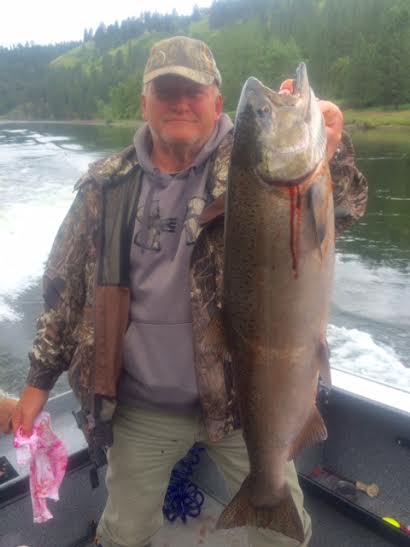 Earl is holding up a nice salmon he reeled in! 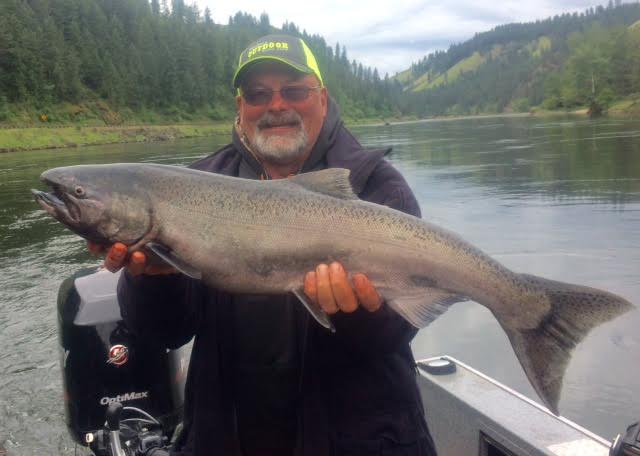 Cap has a good reason to smile here! 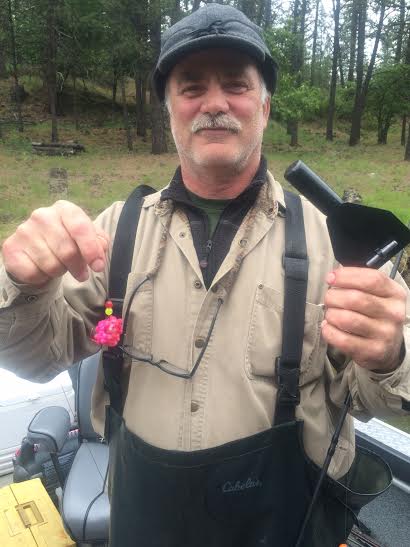