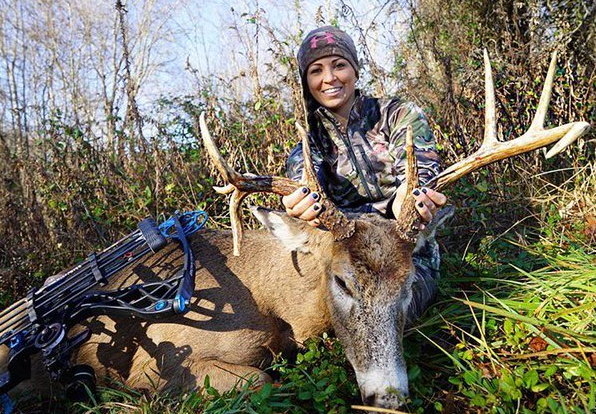 Under Armour dropped their sponsorship of Sarah Bowmar shortly after her husband posted the video below showing him harvesting a bear in Canada with a spear.  The bear was legally harvested, however savage the video may seem.  A group of anti-hunting enthusiasts started a petition that gained the support of 4000 supporters and obviously hit home with Under Armour.  Only two days after the petition, Under Armour decided to drop hunter’s wife, Saragh Bowmar, who was an large part of their women’s hunting line.   You can read the entire “truth about guns article” here.