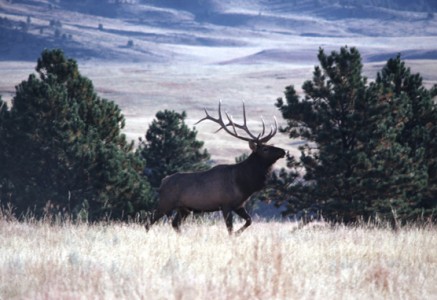 The elk harvest was about the same for the six-year average.

“White-tail numbers in the Augusta area are strong,” said Brent Lonner, FWP wildlife biologist. “Mule deer numbers as observed during 2016 spring surveys are above recent average as well. But very little elk harvest is occurring on elk from the Sun River country, hunting districts 424, 425 and 442, due to lack of cold and snow.”

Elk hunters this year brought in 16 animals (nine bulls and seven cows) compared to the six-year average of 10 bulls, eight cows and one calf.

Mule deer numbers over the weekend at the check station came to 22 (19 bucks and three does); for the past six years hunters averaged seven bucks, four does and one fawn.

With whitetails, this year’s opening weekend count in Augusta was 26 (14 bucks, nine does and three fawns) while the six-year average was six bucks, four does and one fawn.

The general deer and elk season runs through Nov. 27