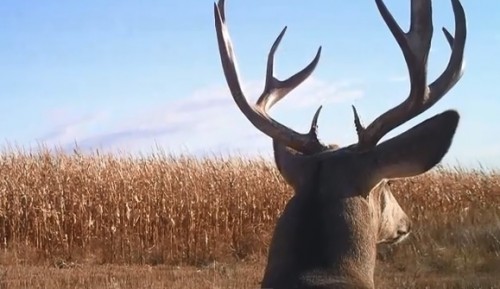 BILLINGS — The 2016 big-game general hunting season closed over the weekend much like every other weekend during year – with mild weather that made for comfortable, but challenging, conditions. Temperatures generally were above what is expected for November in south central Montana and most areas – particularly the southern reaches of the region, were just breezy.

Statistics gathered at four Montana Fish, Wildlife and Parks check stations were a mixed bag with hunter numbers and the number of deer and elk harvested varying widely, depending on the area.
Here are some details from each check station:

BIG TIMBER
With mild weather in south central Montana and no snow on the region’s prairies and foothills over the Thanksgiving weekend, the number of hunters who stopped at FWP’s Big Timber check station was down from the same time a year ago. The harvest held up nicely, however, with those who had harvested game only a percentage point below 2015.
FWP wildlife biologist Justin Paugh counted 229 hunters at his check station over the weekend, down from 250 a year ago. Hunters checked 40 white-tailed deer – the same as the closing weekend of the 2015 season – and 54 mule deer, up five from a year ago. Ten elk were checked, down steeply from the 26 in 2015. Of those who stopped, 45 percent had harvested an animal, down just one percentage point from the closing weekend of the 2015 season
For the entire 2016 season, the number of checked hunters, as well as the mule deer and elk harvests, were better than the long-term average while the white-tailed deer harvest continued to lag for the sixth year. Paugh checked 1,106 hunters, up from an average of 996. He checked 237 mule deer, up from an average of 224, and 59 elk, five better than the average. Just 121 white-tailed deer came through the check station, down from an average of 169.

LAVINA
Mild-but-windy weather and a lack of snow on the ground apparently kept some central Montana hunters home over the final weekend of the 2016 general big-game season. The number of animals harvested and the percentage of hunters with game reflected the change.
FWP wildlife biologist Ashley Taylor counted 412 hunters at FWP’s Lavina check station, down from 509 during the same time a year ago. Hunters checked 30 white-tailed deer – down from 51 in 2015 – and 74 mule deer – down from 86 a year ago. The elk harvest was less than half of last year with 17 animals checked compared to 40 in 2015. Of those who stopped at Lavina, 29 percent had harvested game compared to 35 percent during the same weekend a year ago.
For the entire 2016 hunting season, all metrics measured by Taylor at Lavina were significantly below the long-term average. For the year, Taylor checked 1,867 hunters, down from an average of 2.262. Just 98 white-tailed deer came through the check station, fewer than half of the long-term average of 206. Hunters checked 226 mule deer, down from an average of 350.
Just 77 elk were checked, down from an average of 106. But the antler hunters had a good year with 62 percent of all elk checked at Lavina sporting antlers. That is 10 percent more than the long-term average
Of those hunters who stopped at the check station, 22 percent had harvested an animal compared to a long-term average of 29.

LAUREL
Hunter numbers and the deer harvest reported at FWP’s Laurel check station over the weekend were much improved from the closing weekend of the 2015 general big game season.
FWP wildlife research specialist Jay Watson counted 176 hunters over the weekend, up from 119 a year ago. Those hunters checked 38 white-tailed deer, up from 25 in 2015, and 39 mule deer, nine more than a year ago. Just two hunters stopped with elk – last year three elk were harvested.
Of those who stopped at Laurel, 45 percent had harvested game, down from 49 percent a year ago.
For the entire 2016 season, all metrics measured at FWP’s Laurel check station were well below long-term averages. Watson counted a total of 547 hunters, down from an average of 793. He checked 81 white-tailed deer – well below the long-term average of 96. The mule deer harvest also was sub-par with 116 counted this year compared to an average of 183. The three elk checked at Laurel accounted for a third of the long-term average.
Of those who stopped at Laurel throughout the year, just short of 37 percent had harvested game, statistically identical to the long-term average.
Goose and duck hunters were out in good numbers and those who stopped at FWP’s Laurel check station reported good success as the early waterfowl flocks start moving in from the north.

While the general big-game season has concluded for 2016, hunters with unfilled elk tags still can participate in the antlerless elk shoulder season, which runs through Jan. 1, 2017, in south central Montana.
The shoulder season generally is only on private land and hunters can harvest only antlerless elk. Hunters are encouraged to consult the 2016 elk hunting regulations for details on elk shoulder seasons in each hunting district.
Like during the general seasons, hunters must get permission to hunt on private land.

Here are some details from south central Montana check stations for the final weekend of the 2016 general season as well as season-long statistics. 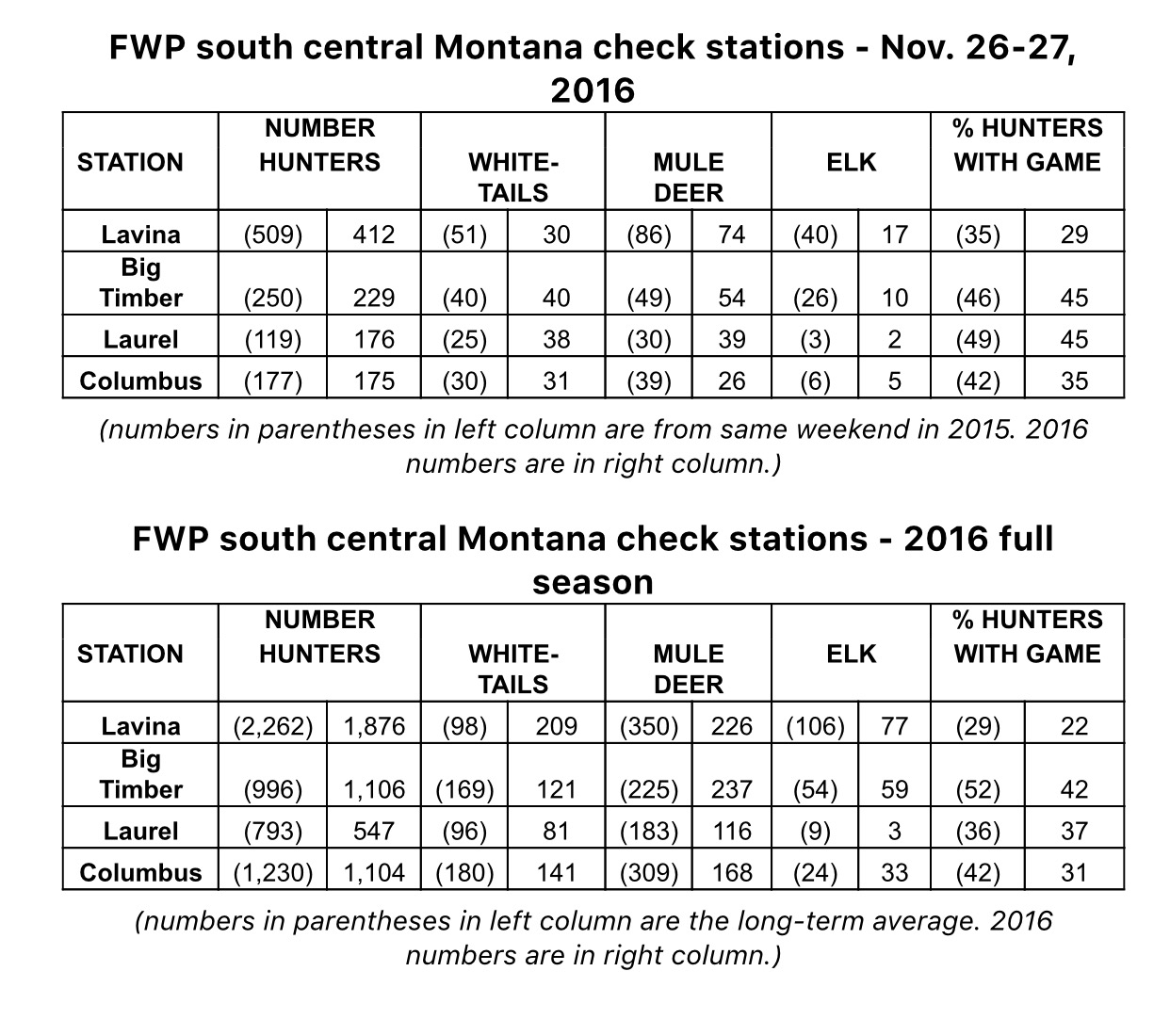