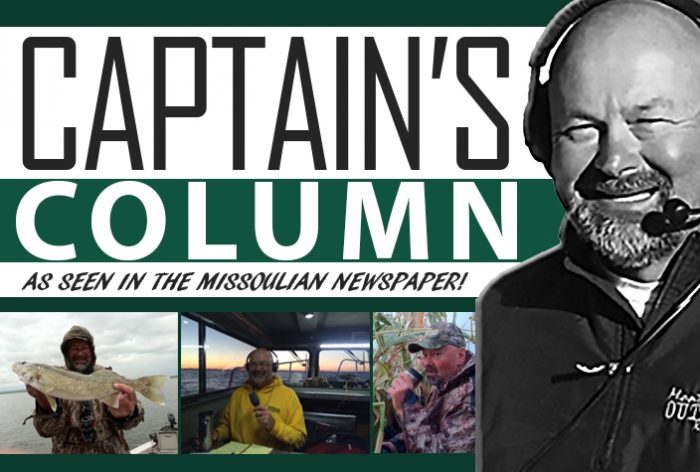 All About Aasheim: Captain’s Column 4.27.17
By angelamontana 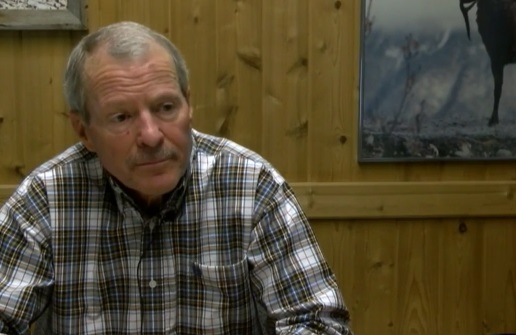 Back in the year 1975, there were a couple of guys who formed a company called Micro-Soft. Bill Gates and Paul Allen would later take the hyphen out of their companies name and change the world. The movie Jaws came out that year, Sony introduced Betamax video tapes and Matsushita/ JVC introduced VHS to the world, One Flew over the Cuckoo’s Nest won all of the Big Five Academy Awards in 1975, the Steelers won the Super Bowl, the Golden State Warriors won the NBA, and the Reds won the World Series. 1975 was also the year that a young man from Bozeman began working for Montana State Parks–his name is Ron Aasheim. The significance of that hire by the state parks that year when the average price of a gallon of gas happen to be 44 cents is that this Friday April 29, 2017, an amazing 42 years later, Aasheim is calling it quits. That is a long time to spend at one job.

So, last week after a lot of prodding from me, and only after I agreed not to showcase the show around him, but FWP, the agency he served for most of the 42 years., Aasheim agreed to join us last Saturday on the Montana Outdoor Radio Show and reflect back on his long tenure with Montana Fish Wildlife and Parks. Of course, it would be impossible not to give a well deserved tribute to a guy who one FWP employee described as,”a very special man and spectacular supervisor.  I am going to miss him greatly.”  I asked Ron who served under seven Governors if he ever wanted to quit, “absolutely not”, he said without hesitation.

Our relationship began when I got to know Ron through my weekly Montana Outdoor Radio Show. When we started the show, he approached us and asked if he could do News from the field, a 2-3 minute segment that would review current events from FWP every week. We are now broadcasting in our 19th year and during that time Ron has been a part of 934 broadcasts. That number is amazing in itself, but what is even more impressive is the only time he actually missed doing the show, he took it upon himself to call and apologize over and over and said it would never happen again. That is probably why on last Saturday’s radio show Governor Bullock, Montana Senators Steve Daines and Jon Tester, along with former FWP Director Jeff Hagener, who served in that capacity for 12 years, all took the time to say thank you. “Ron was really committed to the resources that we managed, he also enjoyed the resources to the maximum with his family, and I think that went a long way with the sportsman”, said Hagener.

We asked Aasheim what he thought was the toughest issue he had to deal with as the FWP communication officer, “Probably the bison, I was pretty new at the time when we first hunted bison and so was the staff, we had television cameras from around the country, people were interviewing us from around the world, anti hunters were there, it was  like walking a tight rope trying to show the world that it was a reasonable thing to manage bison through hunting when they were starting to move into Montana in large numbers”, he said. So what is the man that served FWP for 42 years going to do on his first day of retirement? “I am going to go turkey hunting in eastern Montana”. I know I speak for anyone that has ever hunted or fished in Montana when I say, “thank you Ron and good luck in your well deserved retirement”.