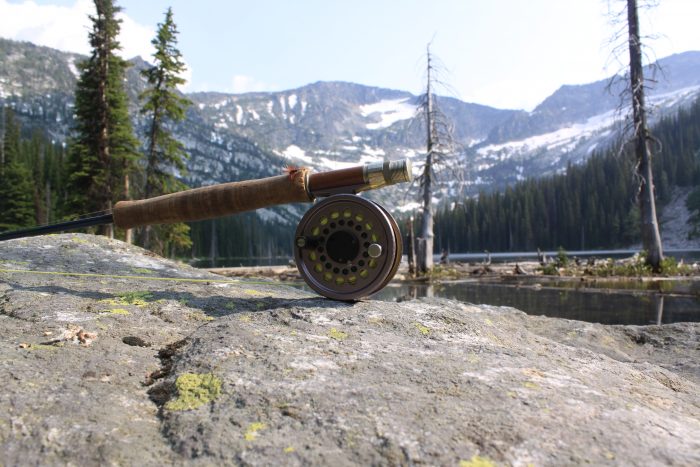 Big Fish In The Bitterroots? Hike To The Lakes.
By Toby Trigger

The crowded Bitterroot River holds a lot of fish – it’s no secret.  But the catch and release ideology has not been positive for the quality of fish.

Efforts by the Montana FWP to include a creel limit for species like non-native brown trout were met with resistance by catch and release fanatics.  The idea of catch and release is that by returning fish to the water those fish will live to fight another day.  The problem is that those returned fish also compete with other fish for food and breeding sites resulting in an overall size reduction across all trout species.

Additionally, the native species using the same waters are impacted in more ways than the average angler probably realizes.  It’s a touchy subject but the biological facts are in and the impact of catch and release philosophy on the Bitterroot River are pretty clear;  more but smaller fish with a potential reduction of native species result from avoidance of keeping fish.

I tend to support the idea of bigger, healthier fish over more fish but since I can’t convince thousands of catch and release anglers to keep a few fish to improve the fishing in the River I instead focus my attention to the mountains.  It’s tough to get to some of those lakes but the result is worth it.

Some lakes are hard pressed to grow a trout over 12 inches but some lakes seem to produce fish that far exceed 18 inches and a fish less than 16 inches is hard to come by.

But it seems that on these remote backcountry lakes even the little fish are fat. 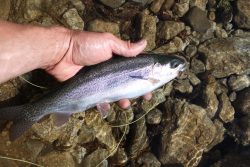 I won’t give up any secrets just yet about which lakes are the best at producing large fish. But all it takes is a back pack, fishing pole and a dose of determination to find solitude and clear mountain lakes at the end of a Bitterroot trail.

Grab a map and go, the results just might surprise you.

(note: information about the Bitterroot River Fishery came from reports given by personnel of the MTFWP during public meetings.  Anglers with questions about this phenomenon should contact Region 2 FWP fisheries experts.  Contact information is available at fwp.mt.gov)