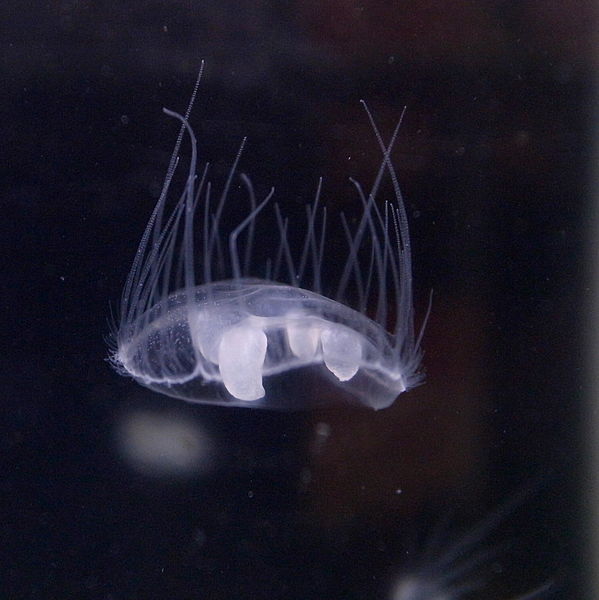 Freshwater Jellyfish in the USA
By angelamontana

Jellyfish don’t only live in the ocan….they reside in many fresh bodies of water across the United States–including Montana.  Freshwater jellyfish (aka Craspedacusta sowerbii) are native to China and can be harmful to young fish, as an experiment was done where minnows were put in an aquarium with these freshwater jellyfish, and some had died after being stung (via freshwaterjellyfish.org).  There is also no known method of managing these “medusas”, though, so if you come up with a way to get them out of your pond, let FWP know how you did it!  As a matter of fact, freshwater jellyfish were first discovered specifically in Montana back in 2009.  Here’s an excerpt from an FWP report:

In late 2009, biologists investigated what turned out to be the first known population of freshwater jellyfish in Montana in a pond on an abandoned golf course near Great Falls. Subsequent investigations revealed that Montana was one of only four of the 48 continental states where this species had not yet been reported. This jellyfish originates in China and has been widely but unintentionally distributed throughout the world by moving ornamental pond lilies from China that contain jellyfish polyps, a stage in the jellyfish’s reproduction cycle.

Here is what the freshwater jellyfish actually look like:

If you find any freshwater jellyfish, be sure to report your findings to your local Fish and Game department, in case they document such findings.