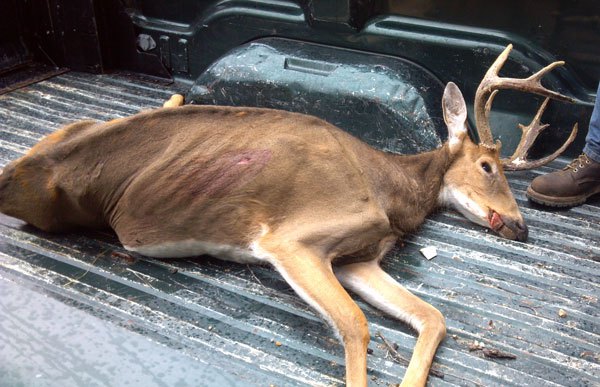 The scope of a planned special hunt, which is going before the Fish & Wildlife Commission next week, could expand due to the two more cases of CWD.

BILLINGS — Montana Fish, Wildlife and Parks testing has identified two more cases of chronic wasting disease in Carbon County deer. The discovery means that the scope of a planned special hunt, which will go before the Fish and Wildlife Commission next week for approval, could expand into northern Carbon County.

Chronic wasting disease, or CWD, is a progressive, fatal disease affecting the central nervous system of mule deer, white-tailed deer, elk and moose. The disease moves slowly through populations. However, left unmanaged, it could result in long-term population declines within affected herds.

The new suspect samples, collected from hunters during the weekend of Nov. 16-17, included a mule deer buck harvested southeast of Bridger and a white-tailed deer doe shot east of Joliet.

The two previous positive tests came from mule deer bucks in the southern end of Carbon County. FWP had proposed a special hunt to gather additional information about the distribution and prevalence of CWD in the southern part of Carbon County. A proposal set to be considered by the commission Dec. 7 called for a two-month season starting Dec. 15 and including 1,000 special mule deer “B” deer tags.

The proposal included enough flexibility to allow FWP to expand the hunt as needed and remain consistent with its plans and strategies.

With the discovery of CWD in a white-tailed deer doe in the northern part of Carbon County, FWP intends to propose that the area of the special hunt expand northward, possibly as far as the Yellowstone River. The new information also means that special white-tailed deer “B” licenses would be issued.

FWP scientists were working Friday evening to determine exactly what areas would be included and how many additional licenses the department should issue to gather a statistically valid sample of mule deer and white-tailed deer in the expanded region.

Additional information about CWD is available online at http://fwp.mt.gov/cwd .