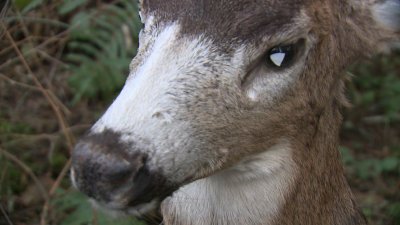 Washington’s Department of Fish and Wildlife deployed a tactic to catch game law violators straight from the pages of a Philip K. Dick novel this year. They assembled realistic game animal robots to catch hunters out after designated hours, according to Fox News affiliate Q13.

The “robots” are remote controlled. They’re made with real pelts and look like deer, bear, elk and grouse. The decoys’ eyes even glow when caught in headlights. No word on how their mechanical back straps taste.