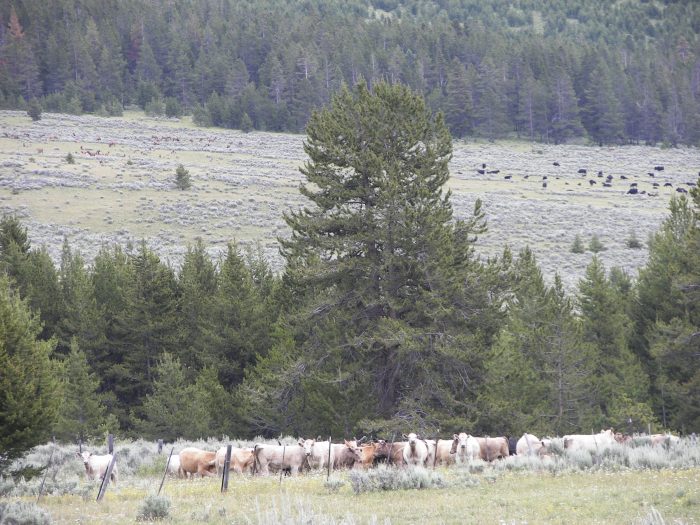 2017 was another productive year for livestock grazing on the Beaverhead-Deerlodge National Forest.  With year-end reporting complete, records show over 106,000 head of livestock grazed on the Forest in 2017, including 96,000 cattle, 9,000 sheep, 400 horses, and 284 bison.

The livestock are owned by approximately 180 permittees grazing 228 active allotments from June through September.  The Beaverhead-Deerlodge has over 2.5 million acres of active and vacant grazing allotments, more than any other National Forest in Montana, and the sixth-highest of all the National Forests in the country.

Since 1905, the U.S. Congress has authorized regulated livestock grazing through permits on National Forest System Lands.  Permittees pay fees for grazing their livestock on the National Forest.  In 2017 the Beaverhead-Deerlodge collected over $300,000 in grazing fees.  Generally, 25% of the collected funds are shared with local counties, 25% remain on the National Forest for rangeland improvements, and 50% goes to the National Treasury.  According to a study in 2014, the Beaverhead-Deerlodge grazing and rangeland management program contributes approximately 440 jobs and $13,300,000 to local communities.

Gary Burnett, Executive Director for Heart of the Rockies Initiative, commented on the value of livestock grazing to wildlife and habitat conservation.  “Working ranchlands provide habitat year round to a wide variety of wildlife and crucial permeability for seasonal migrations. We value these wide-open spaces in Montana. They are central to our communities, economy, and way of life.”

Forest Supervisor Melany Glossa spoke about the benefit to the local communities.  “We believe National Forest System Lands are vital for providing sustainable economic opportunities to our local communities.  The Beaverhead-Deerlodge National Forest has abundant forage that has sustained livestock from ranches in southwest Montana for generations.  This contributes to the local economy, provides jobs, and helps keep ranchland open.” 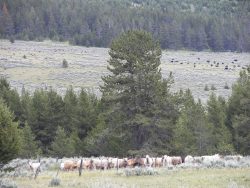