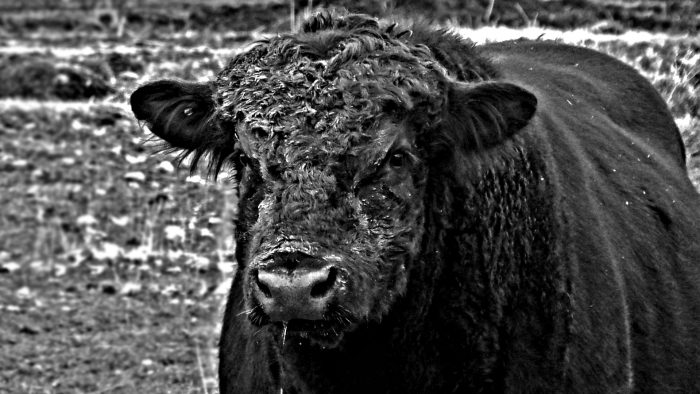 Bovine TB is primarily a disease of cattle, but can occasionally affect many other species of mammals, including, but rarely, humans. The disease has not been detected in wildlife in Montana since the early 1990s.

However, bovine TB is a priority disease for FWP’s wildlife health program. Priority diseases are those that have potential for significant impacts to wildlife, livestock and domestic animals, and human health.

Like CWD testing, bovine TB testing utilizes the lymph nodes from dead animals. FWP has tested for bovine TB in wildlife over the years, and though there’s no reason to believe it’s present in wildlife, the CWD surveillance testing provides a good opportunity to test for bovine TB in a couple key areas of the state. These areas were selected due to the proximity to historic bovine TB detections in game farm fallow deer and elk. These areas include the CWD priority surveillance hunting districts in western Montana and hunting district 640.

Bovine TB is a bacterial disease primarily in cattle, but can affect many other species of mammals, including humans. The disease is found throughout the world, but many developed countries have reduced bovine TB from their cattle population. The disease was once common in cattle within the United States but has nearly been eliminated from the country’s livestock population.  The goal of complete eradication remains elusive in the U.S. as animal health officials continue to detect bovine TB sporadically in livestock herds. The disease can spill over from livestock to wildlife, primarily deer, and those infected deer can then serve as a reservoir for bovine TB, potentially transmitting the disease to cattle and other wildlife.

The bacteria are present in respiratory secretions, feces, urine, and milk. The primary pathway for transmission between cattle and deer is believed to be through indirect contact during shared feeding.

Although very rare, it is possible for humans to contract bovine TB. Humans can be infected by drinking raw milk from infected cattle, inhaling infective droplets from an infected animal, or by contact with infective body fluids via open wounds.

Bovine TB was detected in at least six game farms in Montana in the early 1990s, including among farmed fallow deer in Sheridan and Richland counties and in farmed elk in Granite, Park, Bighorn, and Carter counties. In 1993, after bovine TB was confirmed in captive elk on the Bighorn County game farm, an effort was put in place to survey free-ranging wildlife for the disease. As part of this effort, 41 mule deer and three white-tailed deer were collected from an adjacent cattle ranch from November 1993 through January 1994, and samples were submitted for bovine TB testing. Two mule deer had suspicious lesions consistent with bovine TB infection. The bacteria causing the disease was isolated from lymph nodes of one of those deer.