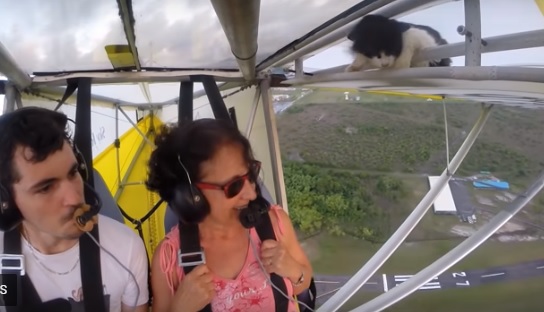 Before you fly, check for cats! [VIDEO]
By angelamontana

The next time you go for a flight in a light aircraft, be sure to make sure there isn’t a cat hiding somewhere on the aircraft.

There are many things to do outdoors, and flying is just one of them.  According to an article in the Montana Standard from 2015, something unexpected happened:

Pilot Romain Jantot was flying over French Guayana in a super-light aircraft when he noticed an unexpected passenger hanging out on the wing. (This takes place about 50 seconds into the video.)

Needless to say, the pilot immediately returned to the airport and managed to land, all without the cat ever falling out of the aircraft.

In the video’s description, Jantot described the situation in French. Translated, the description reads:

It was a routine baptism until… That’s why it’s important to look at the wings before each flight. FYI the cat is fine. It continues to fulfill its role as club mascot.