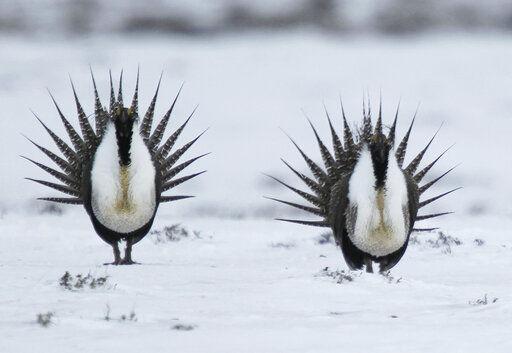 What’s up with sage grouse? (by Brett French)
By angelamontana

The Montana Legislature has been trying to figure out a way to alter the state’s sage grouse rules to make it easier for development to occur in eastern Montana. So far a bill sponsored by Sen. Mike Lang, R-Malta, has had a bumpy road. Trying to find an agreement between conservation and industry groups hasn’t been easy.  Some fear that if the plan is changed too much it could backfire and lead to the eventual listing of the bird as an endangered species. To learn more about the subject, check out my story in this week’s Billings Gazette.
https://billingsgazette.com/outdoors/sage-grouse-bill-modified-for-industry-hung-up-on-amendments/article_0ee12d4e-4f73-5f10-abbf-fe2646875c28.html

(by Brett French – Outdoors Editor for the Billlings Gazette/Montana Untamed)