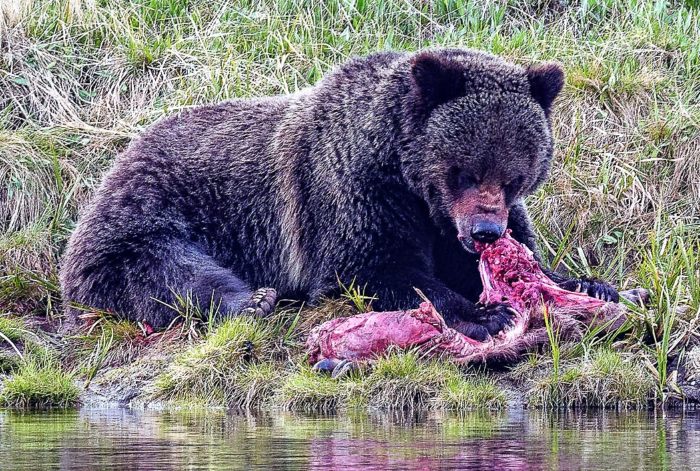 GRIZZ on the GO !!!
By Montana Grant

Grizzly bears are spreading out into new areas in the Northern Rockies, according to new Government data. This information has come out as debates over proposed hunting continue.

Bruins from the Yellowstone area of Montana, Wyoming, and Idaho have expanded their range by 1,500 square miles in the past 2 years. This is a 34 % increase in the past 10 years. 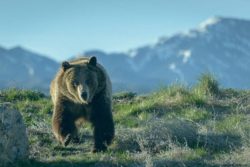 More bears on private lands and the chance closer encounters with humans is on the rise. Grizz are being seen in places where they have been absent for decades.

Not all grizzlies attack humans, pets, livestock, or damage agriculture, but some do. There are an estimated 700 grizzly bears in the Yellowstone area. Younger male bears tend to migrate further looking for new areas to breed and call their territory.

For a complete grizzly bear recovery, biologists want to see isolated populations become connected. The Bob Marshall Wilderness area and Glacier National Park are home to 1000 grizzlies. Yellowstone became a refuge for the species after they nearly became extinct.

Keep your bear spray handy and know how to use it!