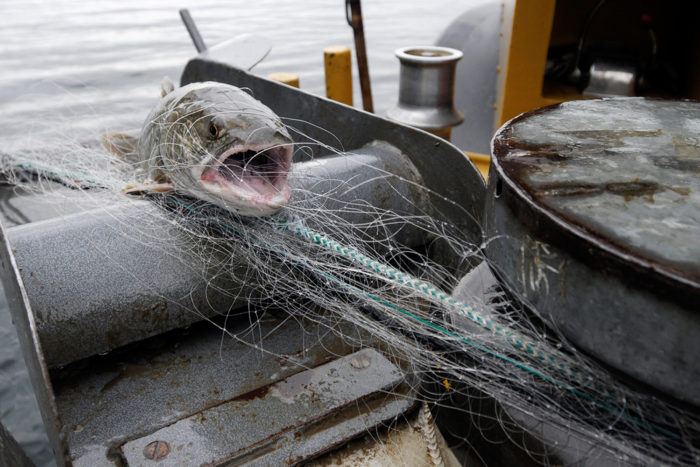 The battle against the non-native lake trout in Yellowstone Lake continues. Resident native Cutthroat trout have suffered and were in danger of being wiped out. Winning the war is another matter. 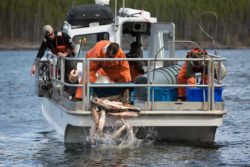 It takes a crew running 6.000 miles of gill nets a season to catch the lake trout. At a cost of about two million dollars a year, the battles have been going on for decades.

When the gill nets are retrieved, lake trout are removed, and their air bladders are punctured. Park rules require that every lake trout in Yellowstone Lake are killed. Some cutthroats become entangled in the nets. Usually they are some of the biggest. Flocks of boat side pelicans often feast on any throw backs.

More than 3.1 million lake trout have been killed including 150,000 this season. Netting normally begins as soon as the lake haws after a long winter. Lake trout eat other fish and trout. Natural predators for Lakers are not present in the cutthroat environment. Cutthroats are the primary food source of lake trout in this lake.

For more Montana Grant, net him at www.montanagrantfishing.com.