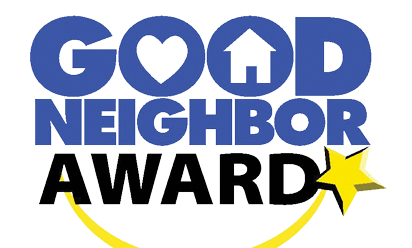 During a ceremony today at the Montana State Capitol, Lt. Governor Mike Cooney presented the 2019 Good Neighbor Awards to several Montanans and Montana companies that have demonstrated commitment to community, stewardship, public access and conservation.

Those honored included Jeff Janke of Avon; Barry Dexter of the Stimson Lumber Company in Missoula; the Stimson Lumber Company; Kip and Adele Stenson of Hodges; Jamie, Ben, Marie and Bob Lehfeldt and Lehfeldt Rambouillets of Lavina; and the Sunlight Ranch Company of Hardin, which includes the Holding Family, Bret Barney, Bryan Elliot, Brandon Collingwood and the Sunlight Cowboys.

“Today’s honorees are outstanding examples of what it means to be a good neighbor,” Cooney said. “Being a landowner in Montana is part of a greater community – one that comes with its own tradition of taking care of that land, helping out your neighbors, and being deeply committed to stewardship, conservation and community responsibility.”

Janke, who was nominated by the Pat Barnes Chapter of Trout Unlimited, has worked for many years to restore portions of the Little Blackfoot River tributary of the upper Clark Fork River, while maintaining his traditional cattle ranching operation. The TU chapter noted that they have come to know Janke as a lifelong resident of the Little Blackfoot valley, an active and inspiring member of his community, and a conservation-minded landowner.

Dexter and the Stimson Lumber Company were nominated the Trust for Public Land and Montana Fish, Wildlife & Parks. The nomination letter stated, “As a company, Stimson is committed to managing their forests in ways that protect and promote biological diversity and conserve fish and wildlife populations and the natural habitat on which they depend … The company is a privately-held, family business operating for six generations and dedicated to owning and managing timber over the many-decades long rotations that characterize forest growth in this part of the state. Barry has been a strong advocate for implementing the company’s approach.”

The Stensons were nominated by the Montana Wildlife Federation. MWF noted that the Stensons have worked tirelessly over the past 18 months to not only complete a permanent conservation easement with FWP on their ranch, but also to steadfastly stand up for the Habitat Montana Program. They also participated in civic life and extra-curricular activities for school-age children by hosting a youth-oriented outdoors event in the spring that included natural history education, archery shoots and other hands-on outdoors activities. They plan to make it an annual event.

The Lehfeldts were nominated by FWP. The nomination letter said, “The future of Montana is brighter because of good neighbors like the Lehfeldts. They demonstrate daily their cooperation with others, model good land stewardship and conservation ethics, allow neighborly land access, and are involved in community leadership on a local, state and national level. Their commitment to promotion and modeling healthy, diverse rangelands has led to a healthier wildlife habitat. Specifically, their work in the conservation of sage grouse and other upland game bird enhancement in the area.”

The nomination letter for the Sunlight Ranch Company described how much the ranch and its staff have worked as members of the community and stewards of the land. FWP wrote: “Sunlight Ranch Company has ‘gone beyond the extra mile’ over time for the benefit of range, wildlife, sportsmen and women, and the local community. The ranch has been on the forefront of grizzly bear conflict as the large animals have moved into the area in ever-increasing numbers. Despite real and difficult direct losses, Sunlight Ranch has been willing to work with involved agencies to develop better practices regarding calving and other ranching activities to limit the conflicts with bears.”

The Montana Neighbor Awards is a working group made up of conservation organizations from around the state including FWP; Montana Association of Land Trusts; Montana Farm Bureau; Artemis Common Ground; The Nature Conservancy of Montana and Montana Council of Trout Unlimited.

The Good Neighbor Awards have been given annually since 2006 and are based on four criteria: cooperation, land stewardship/conservation ethic, neighborly land access and community leadership.

Every year, the group solicits nominations of landowners from across Montana. An awards committee, along with the governor’s office, reviews the nominations and selects the award-winners. Winners receive specially printed and framed Montana Neighbor Award certificates signed by the members of the awards committee and by Montana Gov. Steve Bullock.