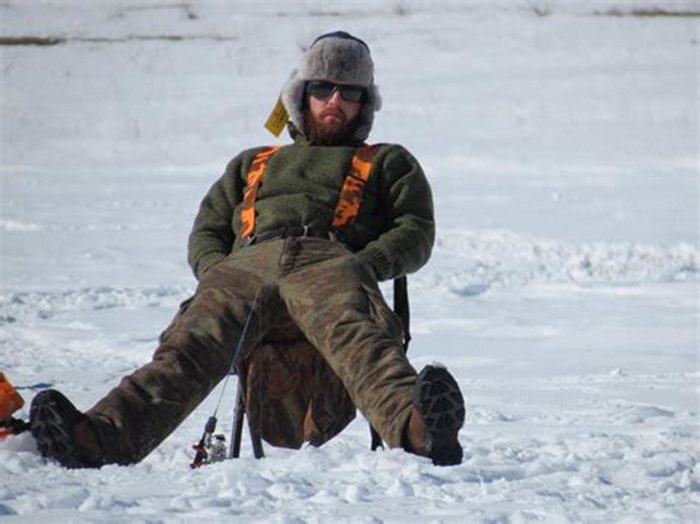 I keep writing about Hyalite Lake because it has been fishing well and has safe ice. Many other local lakes are still open water or not ready to fish on yet. 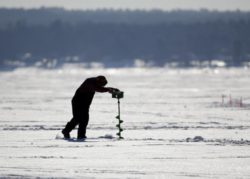 I took my buddy, Handy Randy up to Hyalite today and we thoroughly froze our asses off. It was the coldest I have fished in a long time. Real icemen fish in the open but today I may have considered a shanty tent. The cold wind, blowing snow, low light, and temperature were challenging.

When we arrived at the lake, no one else was on the ice. When we left, only one shanty could be seen. Walking on the snow was hard. Typical Hyalite conditions existed. The snow breaks from your weight and you step into slush. A ski pole was helpful. Walking is hard, even when the freeze is on. Apparently, water entering the lake flows on top of the ice and below the snow. If you fish near the access, you are fine, but going any distance will be a challenge.

Hyalite fishes best early and seems to slow as the winter chill keeps the fish in the dark and cold. This season has held true to this.

We iced maybe a dozen trout and missed some bites. I had one BIG cuttie to the hole that got off. Today was a dead stick day. Jigging did not work. Bites were slight and light. One bite and they were gone. You had to set the hook instantly. Some writers only talk about the glory days, but the truth is we all have slow days. It’s called FISHING!

The good news of the day was Handy Randy’s new battery drill operated auger. He purchased the Eskimo auger and it cut holes safely and smoothly. The battery lost juice after being exposed to the weather. He plans on using a sock and hand warmer cover in the future. Even sliding the battery into a body vest pocket would help. We never lost power, but Randy and I called it quits after 4 hours of chilling out.