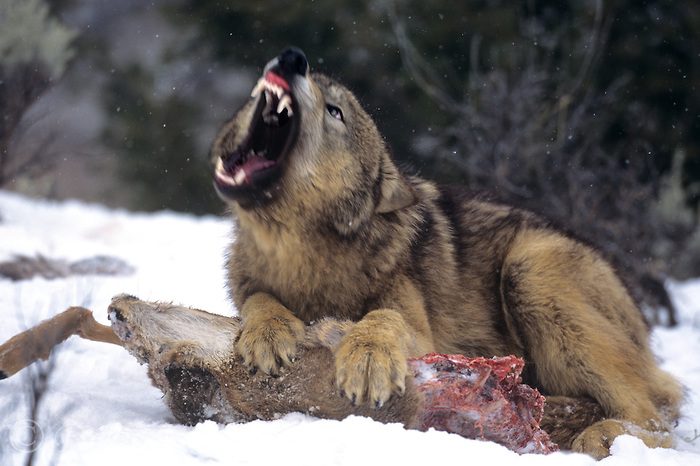 Wolf numbers in Montana must be reduced to “sustainable” populations with more aggressive means of take allowed in areas with higher wolf numbers under a bill signed by Republican Gov. Greg Gianforte on Friday.

Senate Bill 314 from Sen. Bob Brown, R-Thompson Falls, directs the Montana Fish and Wildlife Commission and Montana Fish, Wildlife & Parks to establish hunting and trapping seasons “with the intent to reduce the wolf population in the state to a sustainable level,” but not below that which could trigger listing under the Endangered Species Act.

To that end, the bill identifies certain methods that could be authorized to drive down populations. Those include unlimited wolf harvest by an individual, using bait to hunt or hunting wolves at night on private lands.