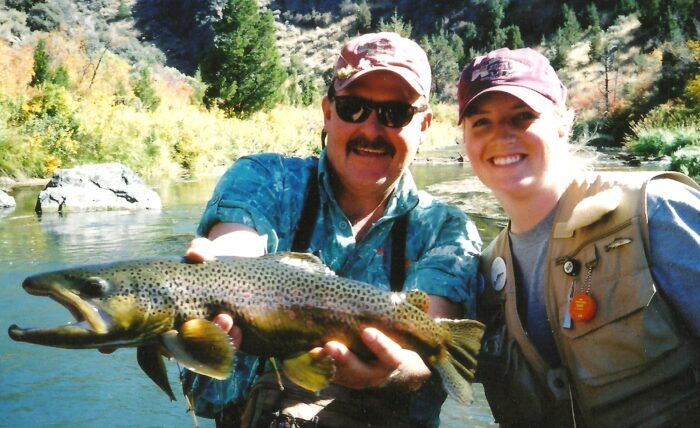 WHEN DOES A CAUGHT FISH COUNT?
By Montana Grant

I recently wrote an article discussing how “Team Netting” shares the catch and saves the fish. Several fishermen responding saying that” if you don’t net your own fish, then you didn’t catch it!” I guess some may think this is true if you fish alone and have not caught many fish, or BIG fish.

Who gets Bragging rights? Does the guy that hooked and played the fish get credit? Who gets credit when the fish is harpooned or gaffed? If the fish is HUGE, how can one guy safely net the fish on their own? Does netting the fish give your ownership? Do Bragging rights even matter?

On a recent trip to Alaska, a buddy and I were loading the boat with Halibut. Several were well over 75 lbs., and some were up to 150 lbs. We functioned as a team, taking turns on the rods, and subduing these monster fish. If you have never had a flopping and flapping 150 lb. fish on the deck, you probably will not understand why it is important to have a partner. Sometimes, it takes a village! Realistically, some fish cannot be netted, harpooned, or gaffed by yourself. 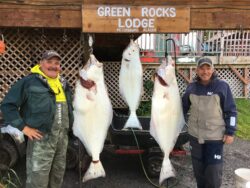 My Buddy Capt. Tom had skills that I did not. He was a superb Boat Master. On the other hand, he could not master the Harpoon and gaff. That became my job. Together we loaded the boat and filled our limits. Separately, it would have been a different story. Eventually we both shared in the fish, adventure, pictures, stories, filets, and bragging rights.

Who caught what is not as important as the friendship, teamwork, safety, and simple joy of fishing? Bragging about “MY” big fish, buck, or whatever is like saying “I am the Greatest!  What they are really bragging about are their EGOS! These words, and attitudes of identity are just selfish and misplaced. In the big picture and long term of things, the stories are best when friends, family, and others are included.

It is also about the fish. Battling a fish way to long, so you can net it yourself, puts the fish at risk. Having a partner, or guide, net the fish allows you to count the catch, and release it for another day, and get the all-important cell phone pictures. This is important in a Catch and Release fishery. If you are fishing for food, net it, drag it onto the shore, and do it yourself. Bonk it in the head, put it on ice, and enjoy the food.

Fish, or trophy critter mounts, are better when presented as a memorial to the beautiful creature, than the “I shot it, I caught it, I ate it, I did it all” attitude. The story is much better when terms like “we, us, ours, and together” we were blessed to have a great adventure.

Folks with rooms full of antlers, and fish mounts, seem to never get enough. One friend I had literally mounted everything he shot, caught, and even hit with his car! Many of the stories become lost. When they die, so do any memories. If a marriage breaks up, the first thing to go are the trophies that end up in a dumpster.

Fishermen never catch enough. It is always one more cast. My Greatest and Biggest trophies, that I brag about, are the folks that I taught how to fish and hunt. What is the point in having great skills if they are not shared? For me it is a simple choice. AS a retired educator, it is always what I have done. For folks with low self esteem and a streak of selfishness, the big critter seems to give them worth.

I am not saying don’t have fun and tell your story, just include others in the story too! Capt. Tom would have never landed a 150 lb. halibut by himself. I would have never had a freezer full of elk if my partners had not helped pack it out and call it in.

Our best and most lasting legacies are when we include others in the story. Having a “herd or school” of friends, bragging about what you taught, shared, and enhanced, is way better than “I am the Greatest!” When we pass across the Rainbow Bridge, its great to look back at the fishing partners we left behind that are still fishing underneath it!