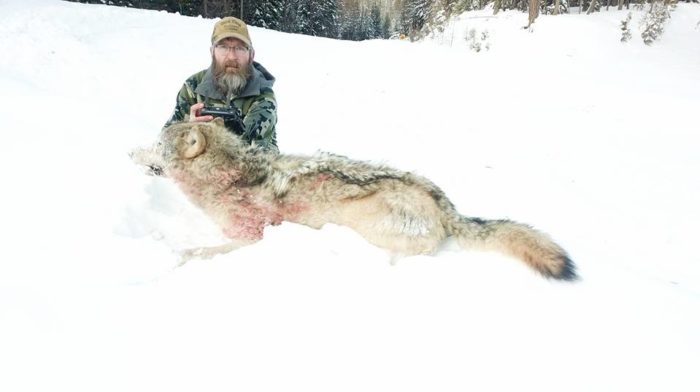 With almost two months remaining, wolf harvest on par with past seasons
By angelamontana 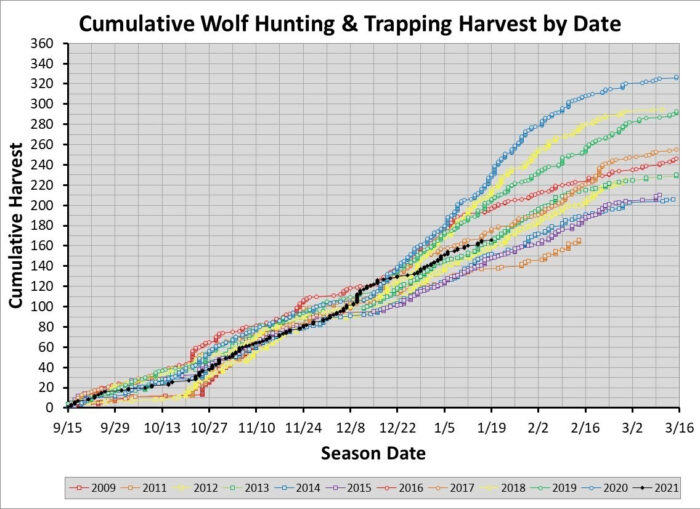 While there are no quotas, the commission established harvest thresholds in each of FWP’s administrative regions, which total 450 statewide. If harvest meets any of these thresholds, the commission will convene to revisit the regulations and season structure.

Those interested in up-to-date information on the status of Montana’s wolf harvest can view FWP’s wolf dashboard, which is an interactive map that shows the number of wolves harvested by region and wolf management unit (WMU). The dashboard is updated multiple times per day.

For all wolf hunting and trapping regulations and information, visit FWP’s wolf webpage.

(photo of Dan Helterline with wolf from 2018)