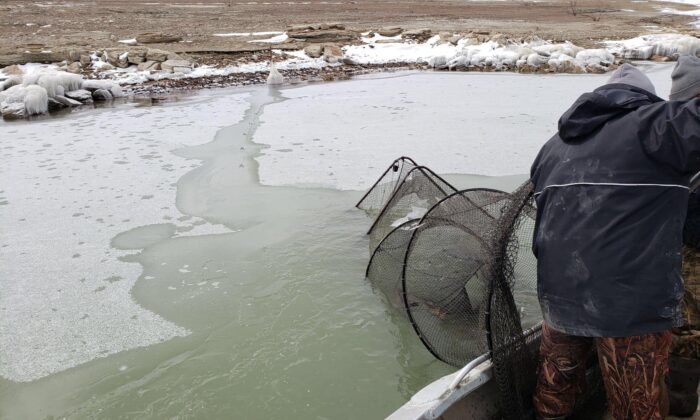 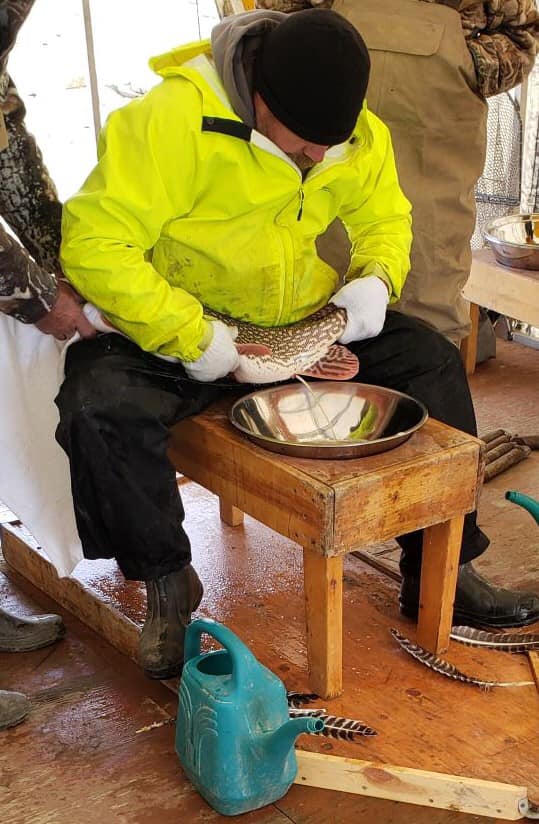 It’s been quite the weather week on Fort Peck Reservoir along with much of Montana. Gusty winds, cold temperatures, and snow have really thrown a wrench into the walleye spawning operation and prevented us from making it out onto the water for a few days. Thankfully, our barges and holding pens remained secured to shore (unlike last week). 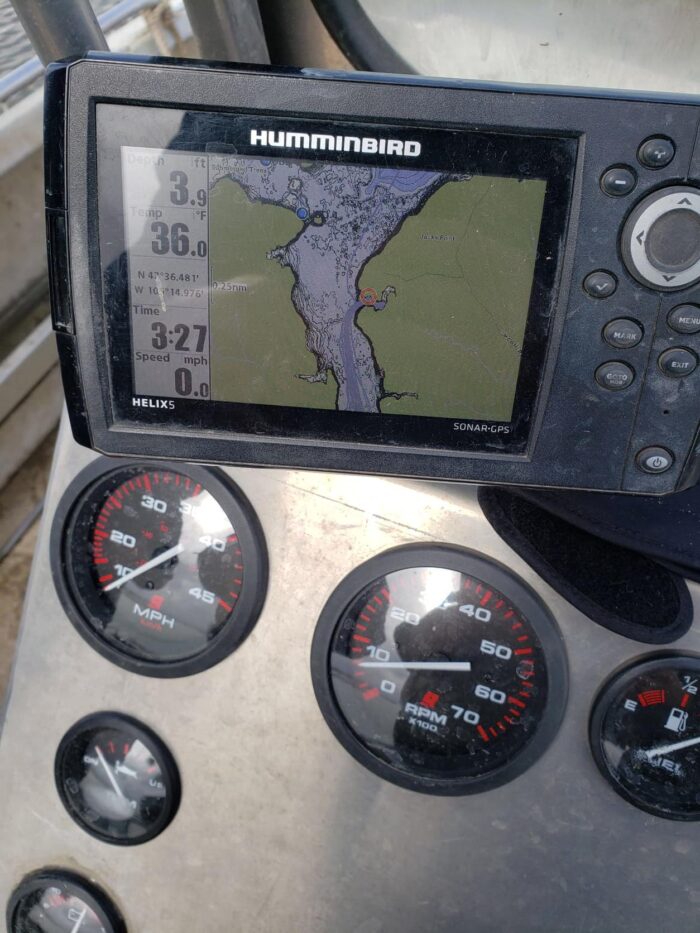 Water surface temperatures dropped to 36 degrees while checking our trap nets today, and we even had to bust through a thin layer of ice. Because of the storm and drop in temperatures, spawning activity for walleye has really come to a halt. Very few fish have been cruising the shallow shorelines and into our trap nets.
Nighttime temperatures are also forecasted to get into the single digits tonight. These unfavorable conditions have caused us to pull our nets and momentarily hit the pause button for this weekend. No need to fight Mother Nature.

We were able to collect approximately 640,000 northern pikes eggs on Monday before the storm blew through the area. These pike eggs, which will later turn into fry and fingerlings, will be used to meet stocking requests for a handful of small waterbodies here in Montana. Plans are to resume trap netting on Monday so let’s hope weather conditions improve and temperatures start to warm.