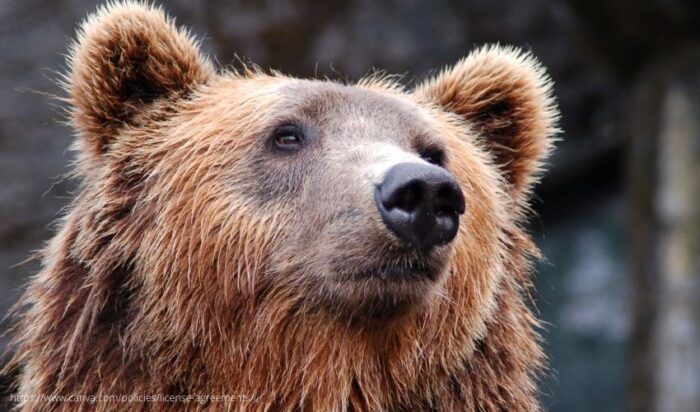 GREAT FALLS – After confirming four calves were killed by a grizzly bear along the Rocky Mountain Front near Augusta, Montana Fish, Wildlife & Parks and the U.S. Department of Agriculture Wildlife Services shot the bear after obtaining the necessary approval from the U.S. Fish & Wildlife Service (USFWS).

The bear was initially reported by landowners. FWP and Wildlife Services technicians responded and confirmed the bear had killed and fed upon the cattle. Having the approval from USFWS to lethally remove the bear, the 3-to-4-year-old male bear weighing 390 pounds was killed by firearm. Traps were not set, to avoid capturing other bears in the area that were not confirmed to have killed any livestock.

The hide and head from the bear were salvaged for Choteau High School students, who are using them to construct a replica for bear spray training lessons.

A different grizzly bear was in and around Augusta over the weekend, and although this second bear has not been reported in any conflicts, residents are urged to continue to exercise caution.

Bear activity is increasing on the Rocky Mountain Front and across the state. Farmers, ranchers, homeowners, and outdoor recreationists should be prepared to encounter bears anywhere in western Montana as their population and range continues to expand. Here are some general tips to avoid conflicts in agricultural areas: