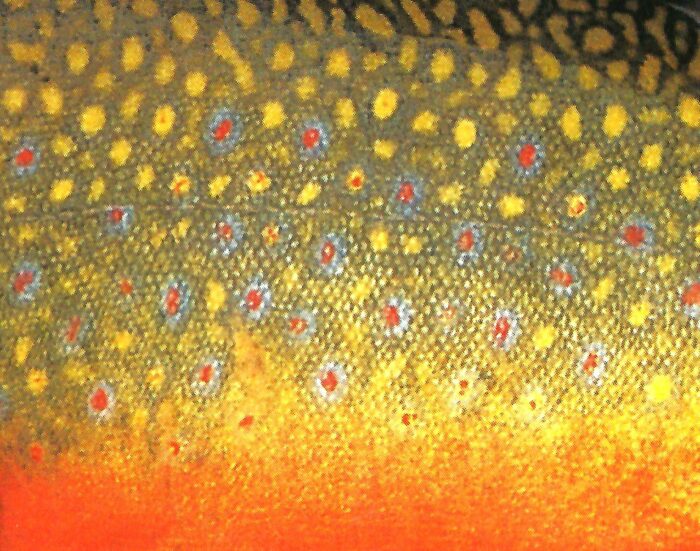 Brook trout may be the tastiest trout that swims. Now I know that some trout fishermen find it a mortal sin to kill and eat some trout. Oh well, sorry.

Brook Trout are a char left over from the ice ages. Salmo Fontinalis means the “Leaper of the springs.” Brook trout are fond of cold, headwaters of watersheds. Lakes and ponds are also popular brookie haunts.   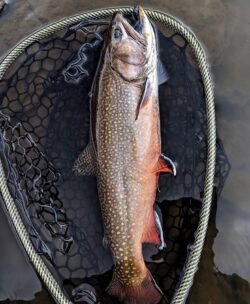 Brook trout west of the Mississippi are mostly the result of stocking programs. Once introduced, they spawn and become Wild Trout but have never been Natives. When I grew up in Garrett County, Maryland, the brookies were abundant and native to the Appalachian Mountains. Other trout were stocked but the Brookies seemed to hang out in the small headwaters of the cricks and licks.

Daniel Webster boasted using a brace of wet flies to catch creel full of 5 lb. Brookies, back in the day. Maine and new England states still have some wonderful natural Brookie populations. Meshack Browning of Western Maryland bragged about the huge stringers of brook trout he would catch in the Youghiogheny River.

Before the West was settled, only Cutthroat trout were found. When fishermen first arrived in the west waters of Montana, Idaho, Wyoming, and other states, there were many waters with no trout or any fish. Over half of the waters in Yellowstone Park had no fish at all! Soon, these waters were stocked with something. Many headwaters were stocked with Brook Trout.

Brookies do best in yearlong cold waters. High mountain lakes also hold strong Brookie populations. Brookies breed quickly and some habitats become overpopulated, which stunts their growth. Since they are Fall spawners, they can interbreed with Brown trout, which are also not natives.

Small brookies can be gutted and thrown into a fry pan. Their scales are small and won’t get in the way. A few minutes and the flay flesh are ready to eat. Many fry the trout in bacon grease. The bones of small trout cook and dissolve and can be consumed without filleting them. Larger Brooks can easily be smoked or filleted.

Brookies are fisherman friendly. They will readily chase a small spinner, rise to a dry fly, or nibble on a worm. Limits can be large where Brookies are abundant and sometimes unwanted. In Montana, the limit is 20 brookies a day. Idaho limits are 25, Wyoming 16, and Colorado is 10 brookies per day. Some waters have overpopulations that may have no limits! In these conditions, a 6-inch Brookie can be 10 years old!   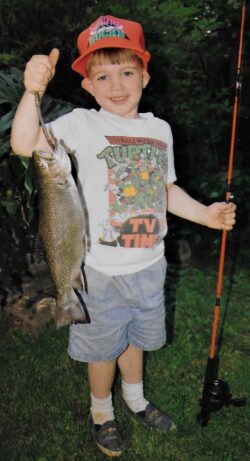 Many easterners hate that any Brook Trout is killed. At one time, most of the trout stocked in the eastern states were Brookies. Today, Maryland has a no kill law on any brookie and stocks none. Many of the native brook trout DNA has links to Brookies from New Jersey and Pennsylvania. Some states have slot limits. In Montana and Yellowstone Park, entire watersheds and lakes are being poisoned to get rid of Brookies and other fish.

Brookies are the most beautiful of trout. Several 8–10-inch fish can make for a great dinner.