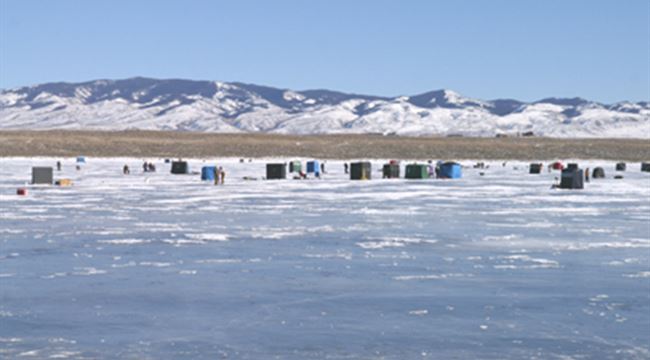 Fishery biologists are always busy trying to manage, protect, and maintain healthy fish populations. In some cases, invasive fish could destroy Native fisheries. This is the case in Yellowstone Lake where someone illegally introduced Lake trout into the native cutthroat trout lake. Gill netting and other tricks have been implemented to save the Yellowstone Cutthroats. After 2 decades and over 25 million dollars, the tide is just beginning to turn.

Wyoming is now trying to protect the North Platte River trout fisheries. This river has dams with cold water releases that now create a world class trout fishery. Prior to the early 1940’s, only carp and suckers were native to the waters. When trains began to cross the nation, other fish were stocked off any bridge crossed.

Lake Saratoga was formed and made into a superb trout fishery. The brown, rainbow, and Tiger trout population exploded. Native white suckers also made this lake their home. The annual fishing derbies were a popular event. 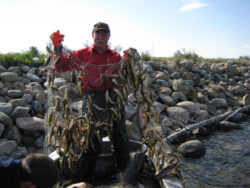 To get rid of the yellow perch and walleyes, everything with gills must go. Over 14,000 pounds of fish poison were dumped into the lake last September. This poison impacts the gills and kills the fish. It is not hazardous to other critters or people. A second application may be needed.

If successful, rainbow, brown, and tiger trout will be restocked next summer. The fear is that if the perch are not removed, they will enter the rest of the North Platte watershed. Some anglers, such as the ones that may have stocked the illegal fish, prefer walleye, perch, crappies, and other species than trout. There are other places to catch these warm water fish, but they prefer all waters to be full of perch and warm water fish.

Similar situations in Montana have been discovered. Canyon Ferry Reservoir, and other Missouri River fisheries, are being impacted by the illegal stocking of pike, walleyes, and yellow perch. Several minnow species have also been introduced into the trout managed fisheries. Large limits have failed to control the growing populations of warm water species.

Illegal introductions of fish, wildlife, and plants is called ecoterrorism. If caught, hefty fines and imprisonment are outcomes. Officials are afraid that a reintroduction is possible. Sportsmen need to report any fish dumping or live transport events that they witness. A quick cell phone picture or two could make the difference.