Chinook Salmon Setups for Trolling on Fort Peck
By rowdyrob

Bill Zahradka from Wolf Point or as the Captain calls him “The Salmon Slayer” shared six of his set-ups that he has been successful in using while trolling for chinook salmon at the face of the dam on Fort Peck Reservoir. Zahradka trolls 2 to 2.2 miles per hour with four down riggers and two dipsy divers when he has two other anglers in his 29 foot boat. These salmon set-ups are just six of many that Zahradka will use while fishing for salmon on Fort Peck. 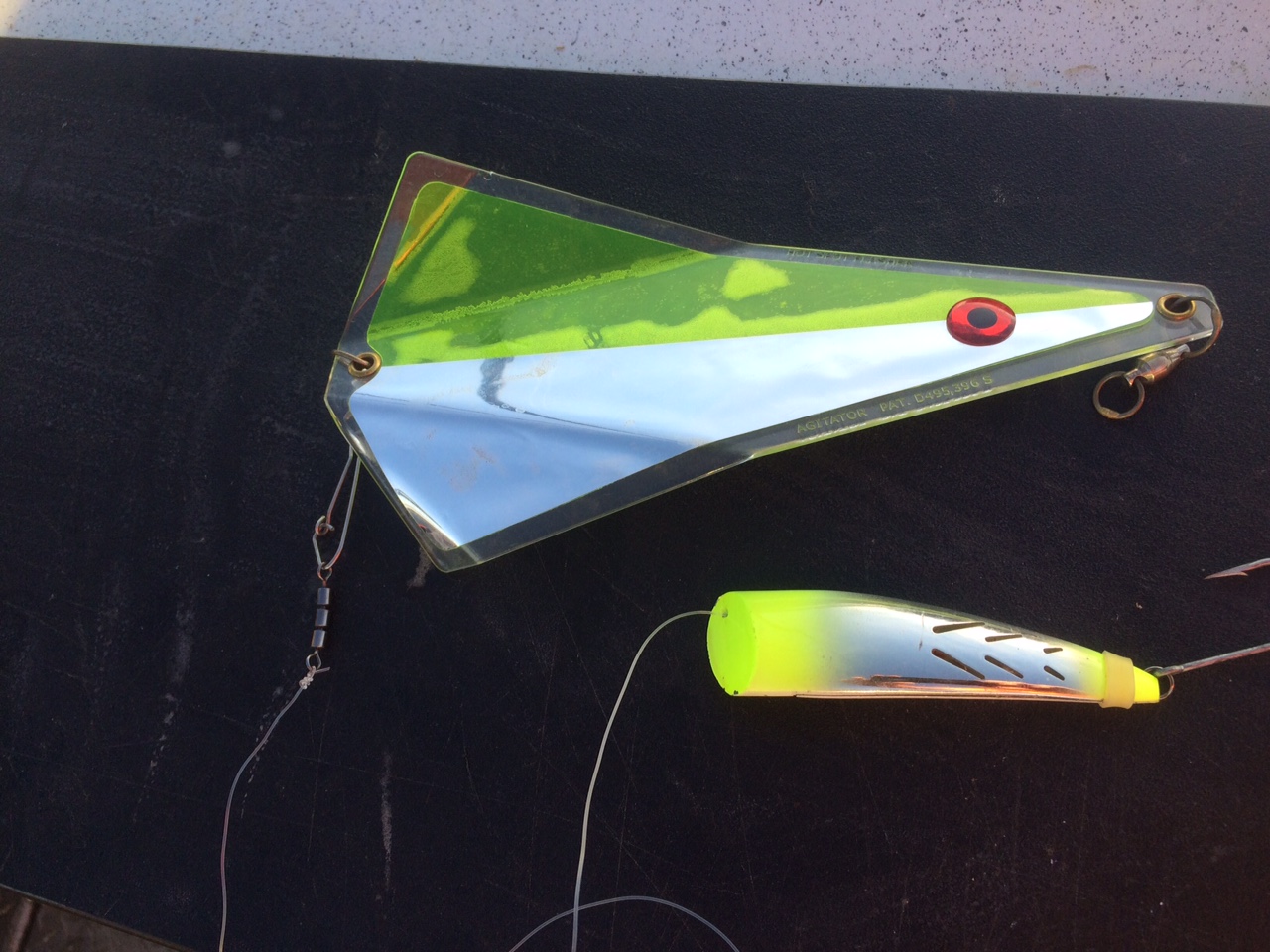 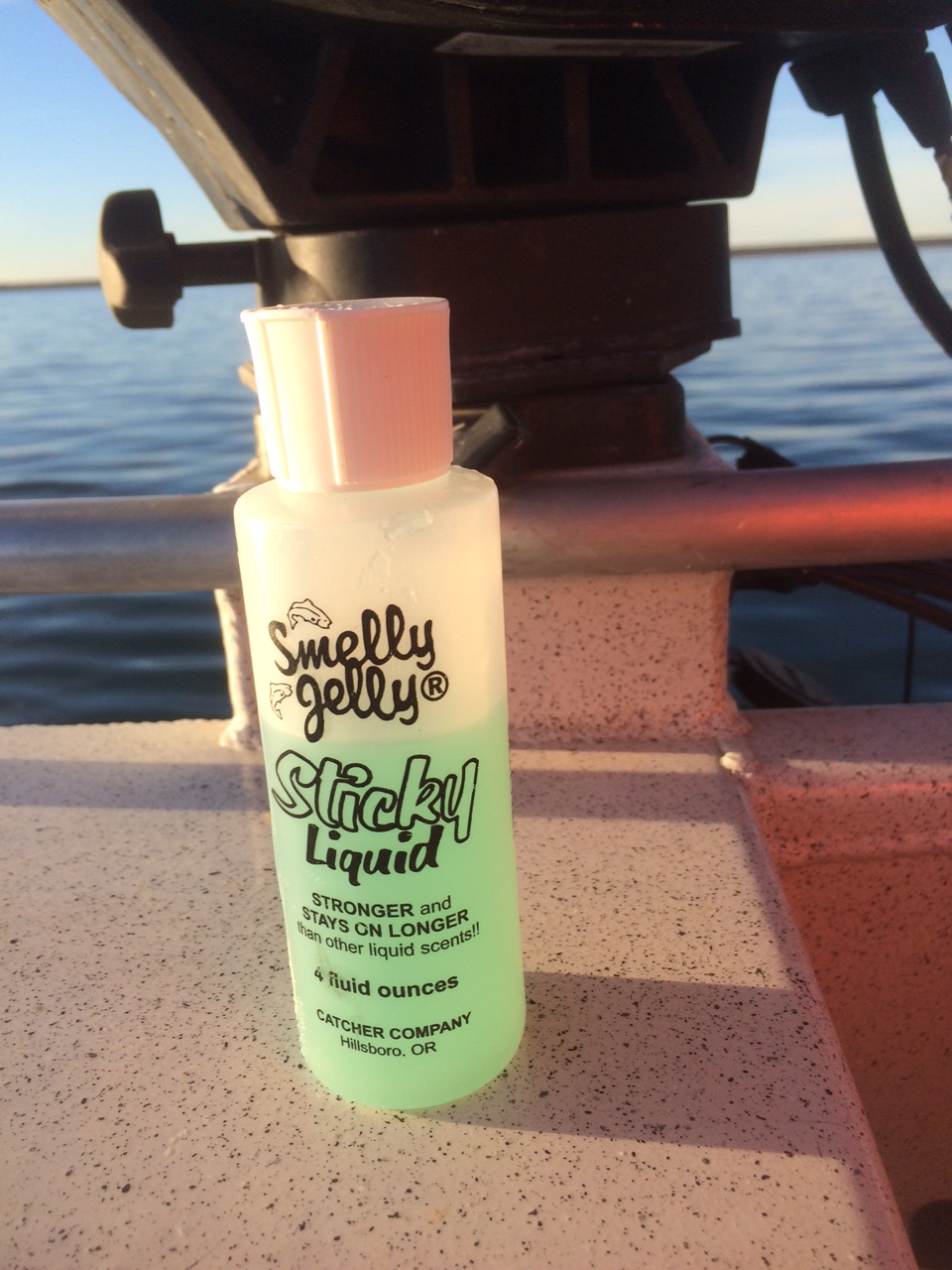 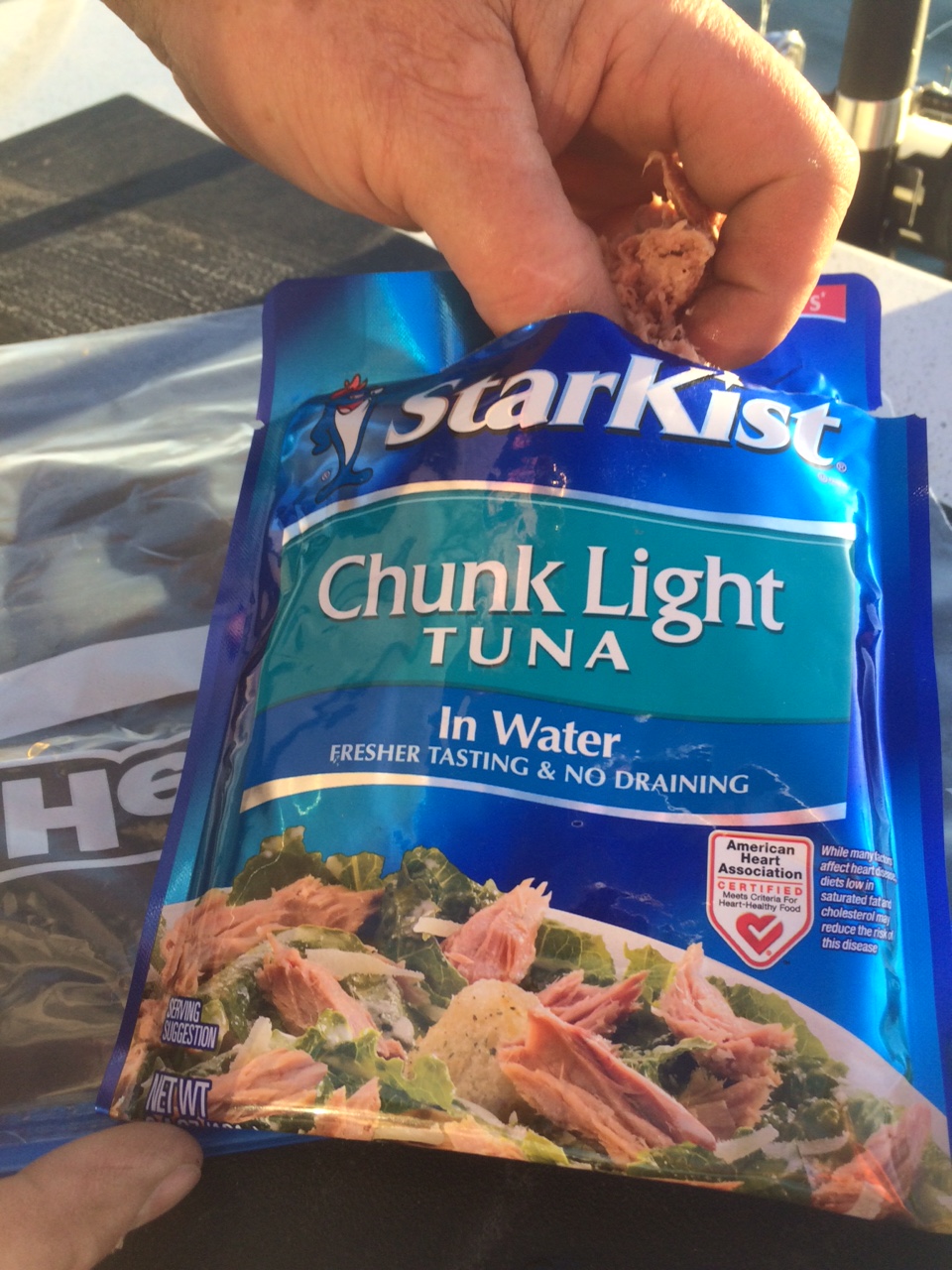 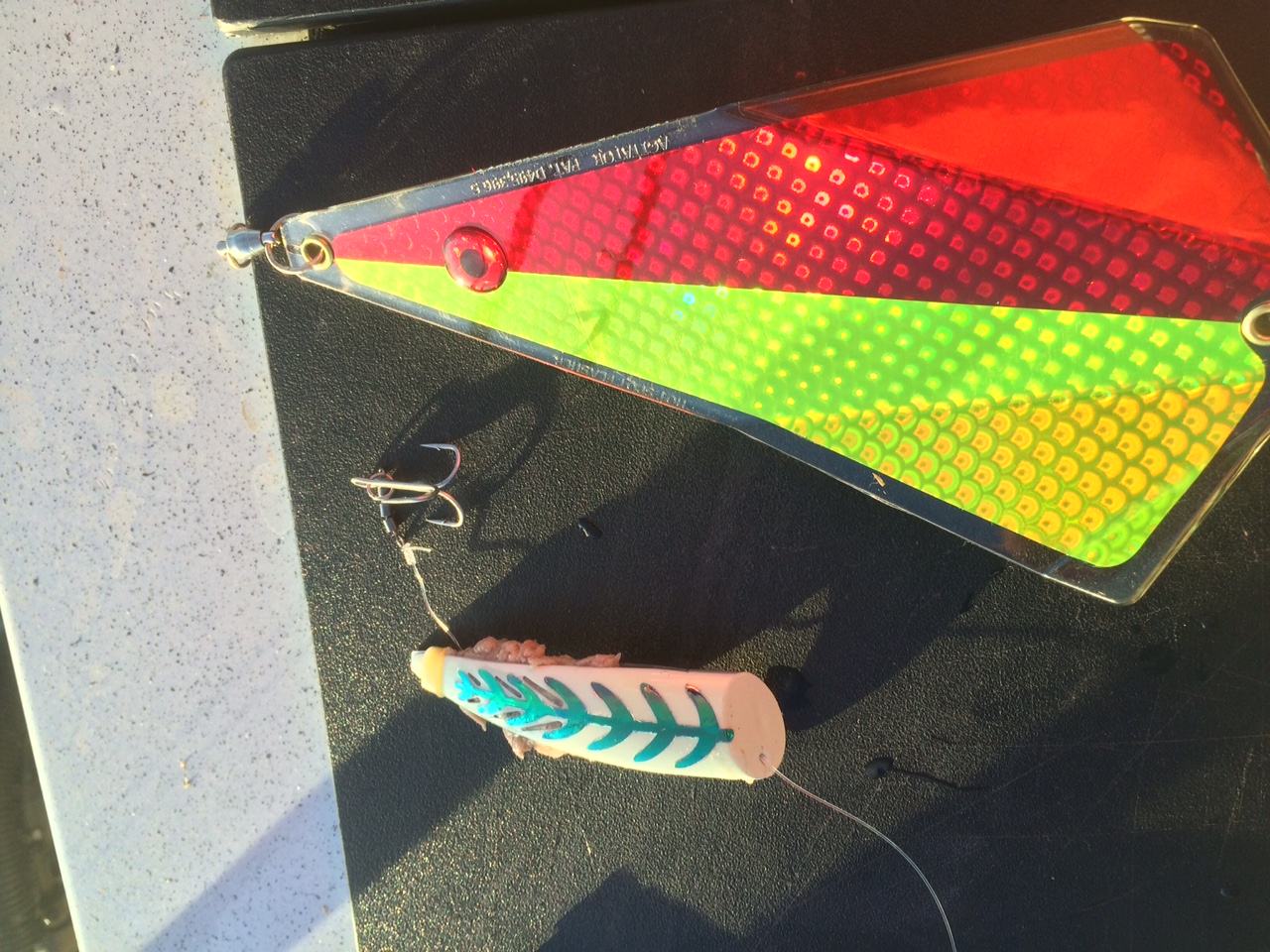 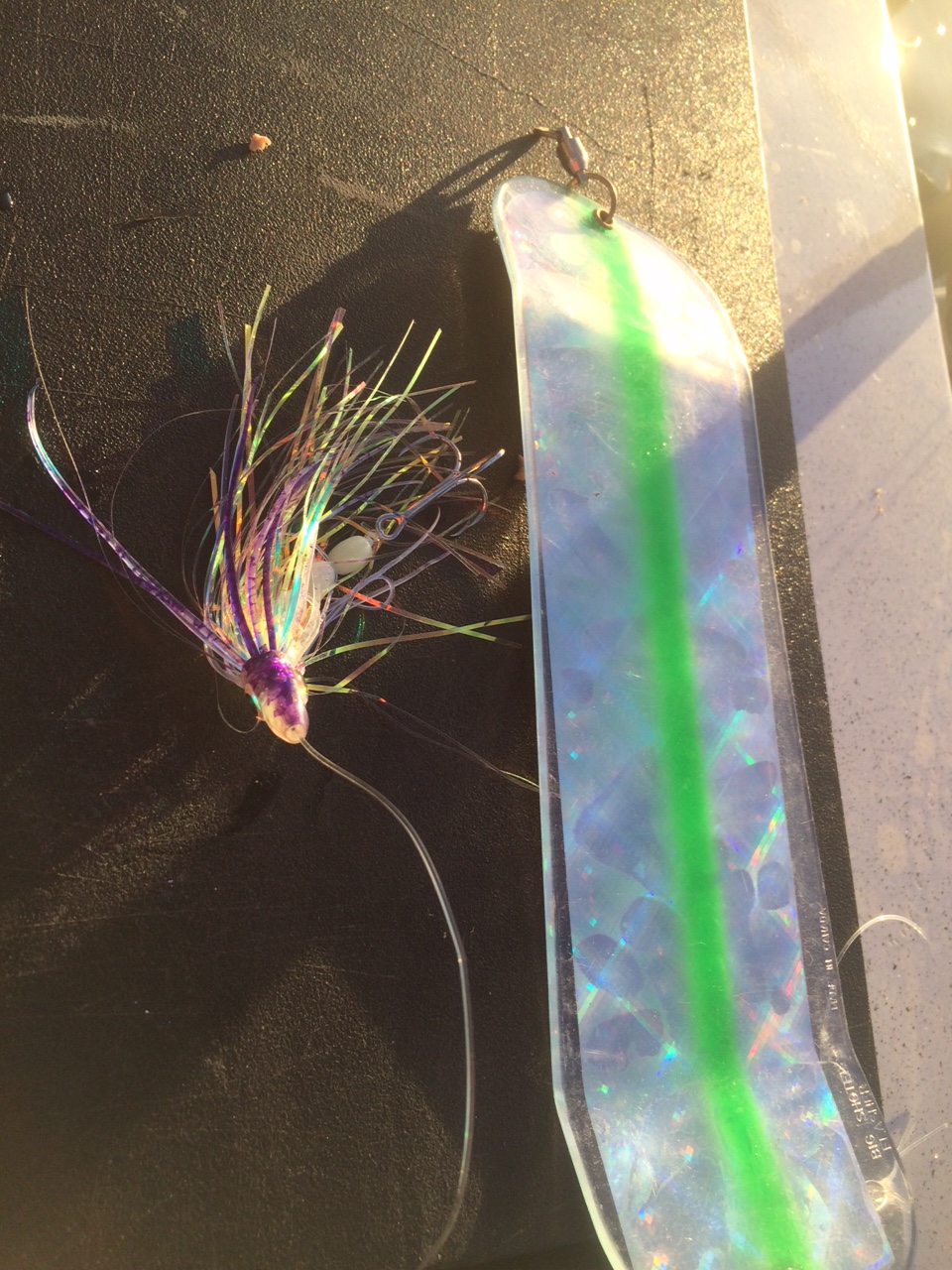 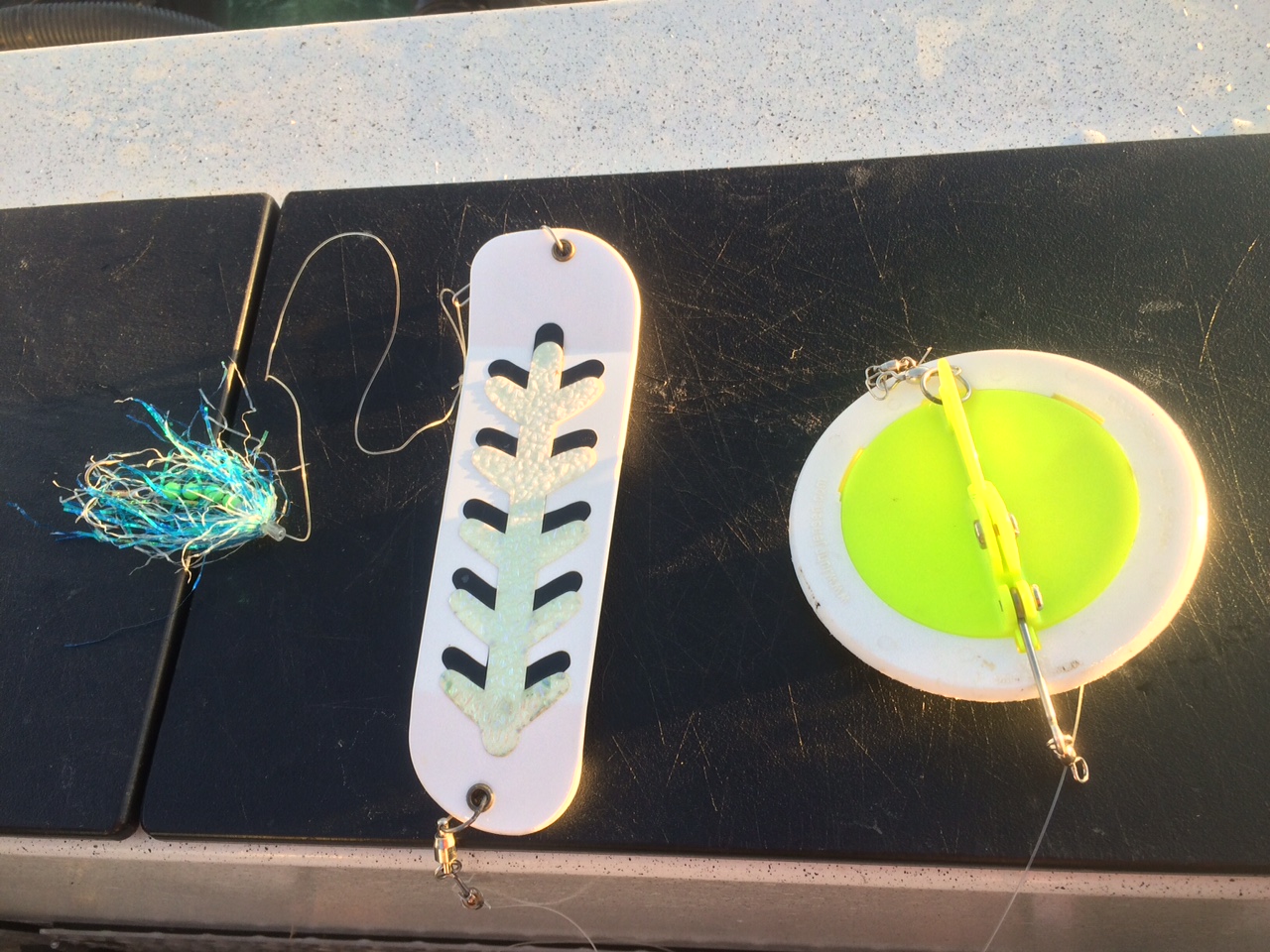 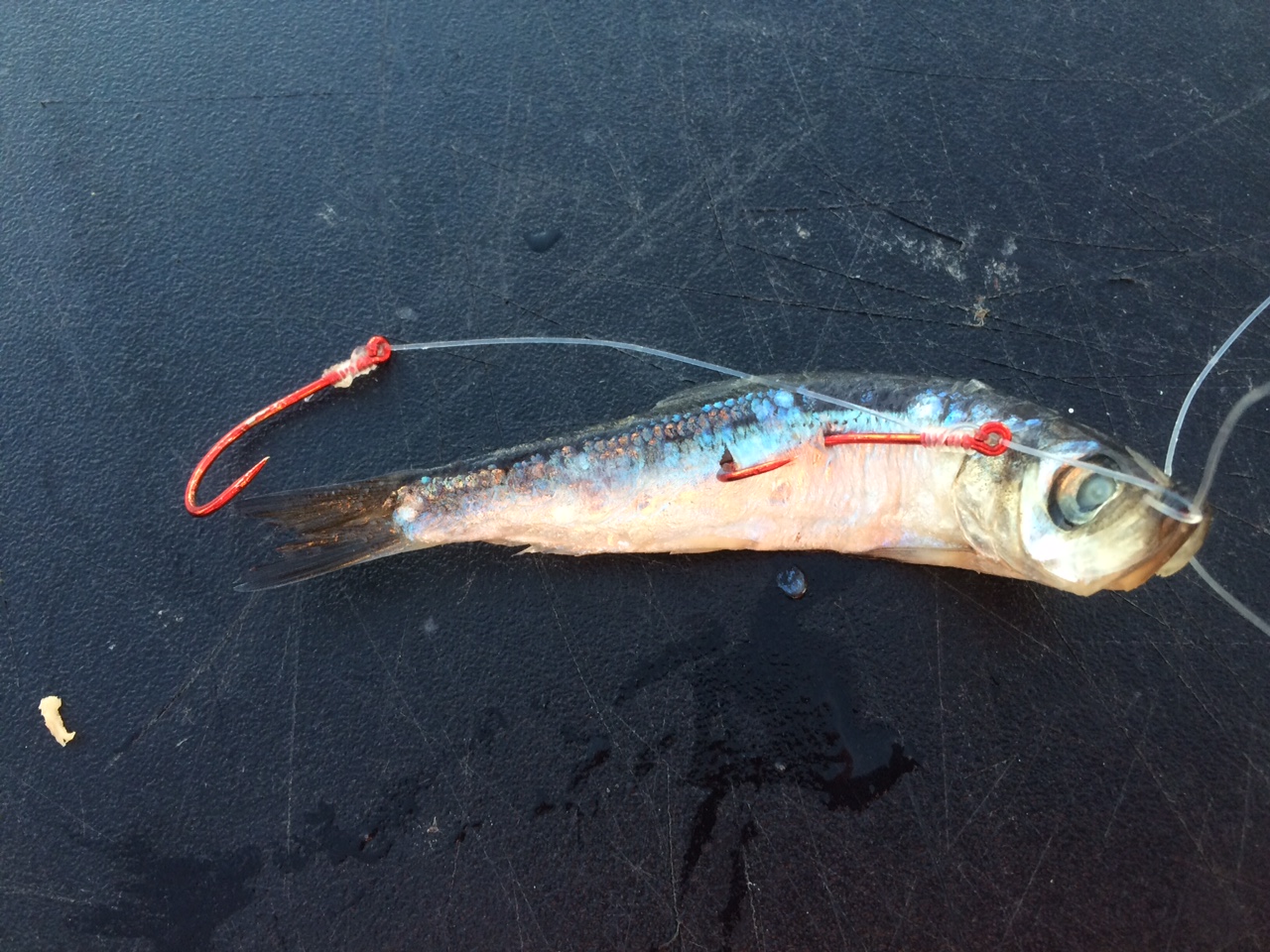 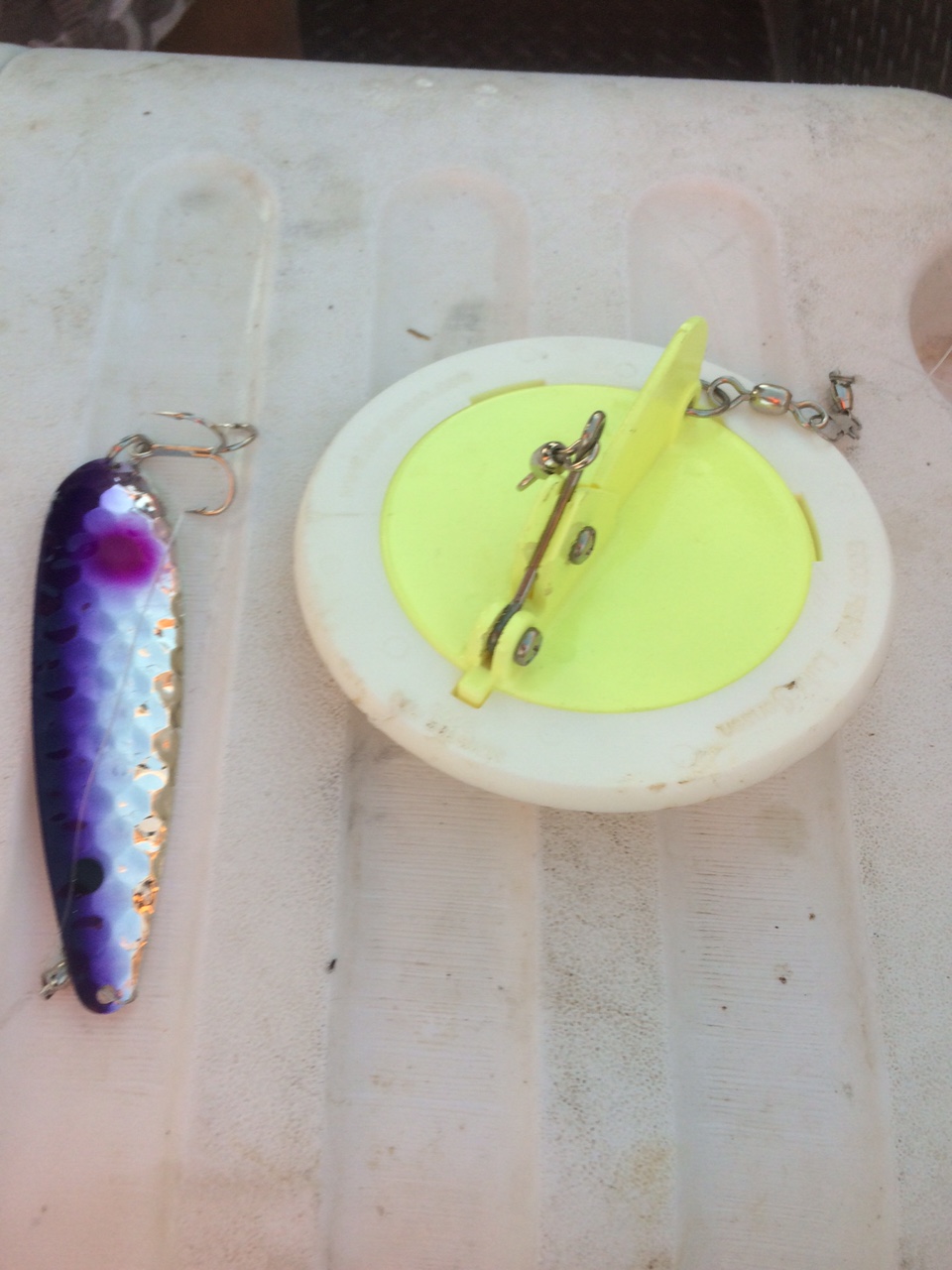 #8 Dipsy Diver with a spoon