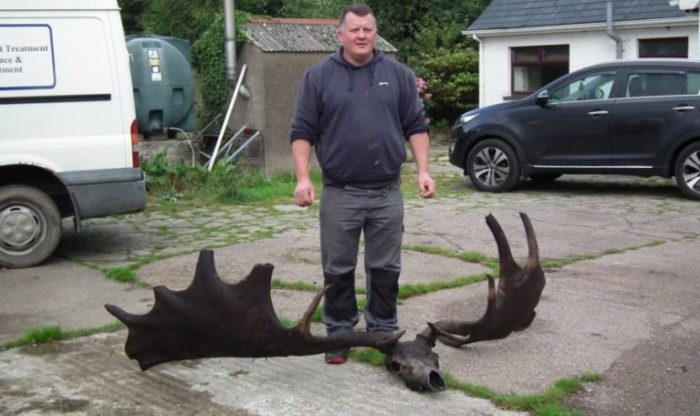 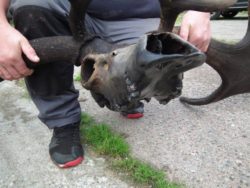 Raymond McElroy and his assistant, Charlie Coyle, were shocked when they hooked a massive pair of elk antlers with its skull almost fully intact. As it turns out, their catch was not only unexpected but historic, as the ancient skull dates back over 10,500 years, according to LiveScience.

The two men were fishing just about a half mile from shore, where the waters are no more than about 20 feet, deep when they discovered the elk skull.“I thought it was the devil himself. I was going to throw it back in,” Coyle told The Irish Times.

The skull and antlers once belonged to a now extinct ancient species known as the “Irish elk” (Megaloceros giganteus). The skull and antlers measure about 6 feet (or 1.8 meters) long, which gives a sense of just how large these creatures were when they once roamed the earth.

It just goes to show that you just never know what you will find when you’re a sportsman!

Read the full article by Bernadette Deron via allthatsinteresting.com HERE.