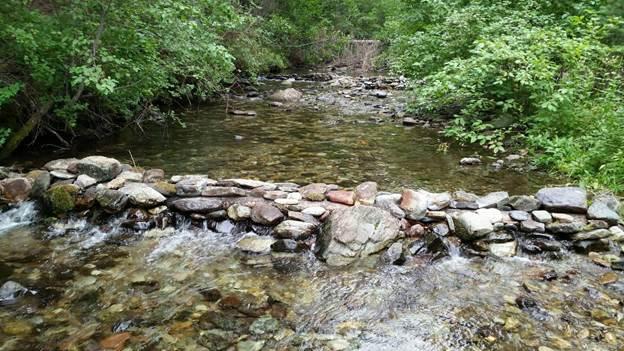 Small dams in small creeks can have big consequences
By angelamontana

Kalispell — As summertime temperatures heat up and the chance to cool down in the water arrives, Montana Fish, Wildlife & Parks is reminding people that building dams in creeks and streams can have negative consequences for fish. This is especially true for species such as bull trout, which ascend small tributaries in late-summer to spawn.

No redds (nests) were found in the prime spawning habitat located upstream of the dam pictured above.

Building dams in creeks is illegal. If you see a small hand-made dam on a creek, please dismantle it. Notify your local FWP office if you notice persistent dams at popular access points. Remember, “Don’t Build Dams” and help protect our prized fisheries.