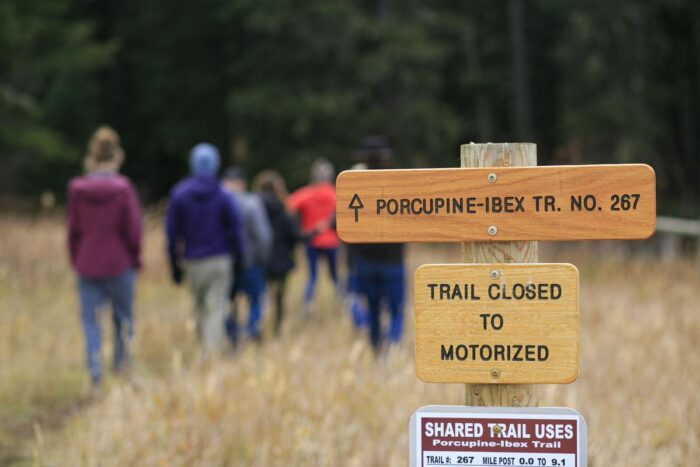 Conservation groups arguing that the Custer Gallatin National Forest did not properly consider the ecological impacts and public concerns about rerouting a trail on the west side of the Crazy Mountains argued their case in a Billings federal courtroom on Tuesday. The groups contend the Forest Service should have conducted a more thorough analysis before rerouting the Porcupine Lowline and Ibex trails, abandoning historic routes that crossed private land. The agency countered that the trail was properly considered in other documents, including the forest and travel plans. The groups are also arguing the Forest Service didn’t properly protect public access on those historic routes, as well as on two trails on the east side of the mountains. To learn more about the lawsuit, check out my story at https://billingsgazette.com/news/state-and-regional/crazy-mountain-access-trails-dispute-argued-in-federal-court/article_ed7b3de9-a218-5c87-a9cc-3e56bfdd4bcf.html.