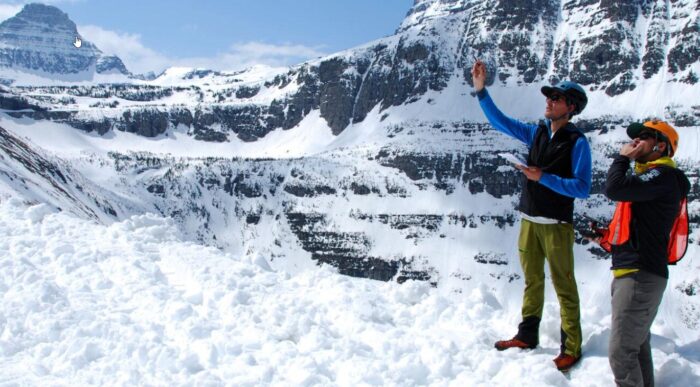 Snow scientists today are employing technology like drones with high resolution cameras, lidar (light detection and ranging), satellite imagery and structure from motion photogrammetry to better understand avalanches. Such equipment and the information it provides is giving scientists a better understanding of where avalanches occur, how they happen and how damaging they can be. This isn’t just important information for snowmobilers and skiers in the backcountry. It is also vital to places like Glacier National Park where each year crews plow the Going-to-the-Sun Road. In Colorado, it was estimated that an avalanche that closes Interstate 70 could have an economic impact of $1 million an hour. It’s interesting to see how snow science has evolved over the last 100 years. In the early 1900s, avalanches were common dangers at high mountain mining towns. They also proved deadly on some mountain rail lines when passenger trains were swept downhill. A scientist made the first measurements of snowpack to understand what was going on in 1906. Now that information is compiled by remote Snotel sites that automatically upload the information to the internet.

To learn more, check out my story at https://billingsgazette.com/news/state-and-regional/technological-tools-help-snow-scientists-understand-avalanches/article_e0caee80-8c87-11ed-864a-1f623602c257.html