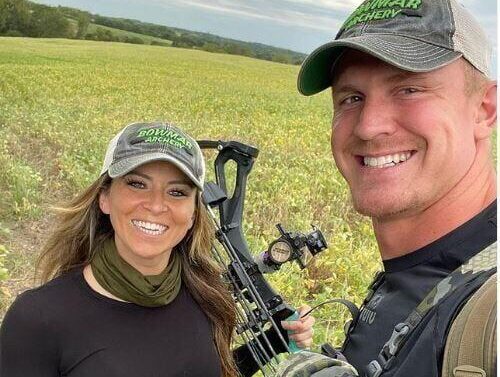 A celebrity bowhunting couple have been sentenced in federal court in Omaha for conspiring to violate the Lacey Act, which prohibits the trafficking of wildlife.

The case against Josh Bowmar, 32, Sarah Bowmar, 33, and Bowmar Bowhunting LLC of Ankeny, Iowa, was related to the largest known case of poaching in Nebraska.

On Thursday, United States Magistrate Judge Michael D. Nelson sentenced them each to three years of probation and 40 hours of community service.