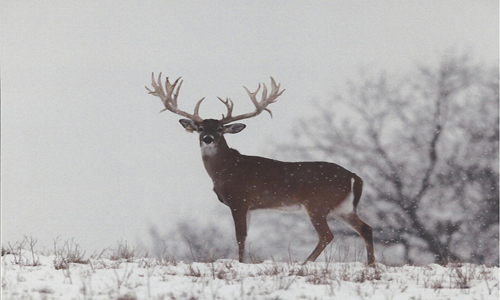 Final days of the big game season
By Hookemharry

It is Thanksgiving Day 2009! That means that the general rifle hunting season for deer and elk is about to close on Sunday, Nov. 29.

The hunting statistics that have been coming out of Montana check stations have been interesting.

The tops of the trees look at Montana – the final data will be drawn from hunter surveys during the winter – will tell you that the elk harvest has been average and the deer harvest for most of Montana has been down this season. The number of hunters coming through the hunting check stations is also down for most of Montana.

In South Central Montana, the hunting season continues to be the slowest in recent history. The deep snow and colder temperatures in the higher elevations in that part of the state contributed to the slow harvest.

Moving west, the elk harvest has been strong. There, the weather played a part as well. “The colder temperatures and snow got the elk moving and helped hunters harvest more of them”, said FWP Regional Wildlife Manager Kurt Ault.

In Northwest Montana, the hunters are not having much success. The harvest of deer in northwest Montana is well behind last year and historic averages according to results at the six check stations. Elk harvest is running about the same as last year.

Closer to Missoula, the elk harvest in West Central Montana is just above last year and on par with the five year average, while the deer harvest continues to lag behind.

“The cold weather with snow accumulations at the end of the week, combined with antlerless elk hunting opportunities for general license holders, made for a lot of antlerless elk checked through the stations during the fourth weekend,” says Ray Vinkey, Montana Fish, Wildlife and Parks wildlife biologist for the Anaconda station.

FWP also ran a check station for hunters in Hall for the fourth weekend, which ended November 15, and 426 hunters checked in 15 elk.

Part of the decline in harvest according to FWP is likely due to the elimination of over the counter white-tailed deer B license for rifle hunters in Region 2 this year. The buck harvest however is also down which suggests that the deer population has also taken a hit from last year.

So, enjoy your Thanksgiving at home today and good luck hunting through Sunday.