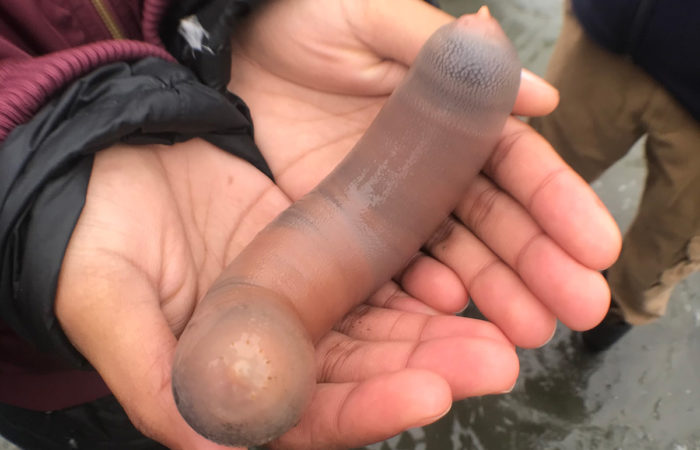 How weird it would be to be walking along Drakes Beach in California (hey, maybe you have family around there you have to visit) and find what appears to be thousands of…although this isn’t Montana news, these worms seemed interesting enough to share some information about.. ..well, you decide what they look like based on an article by Ivan Parr in Bay Nature: 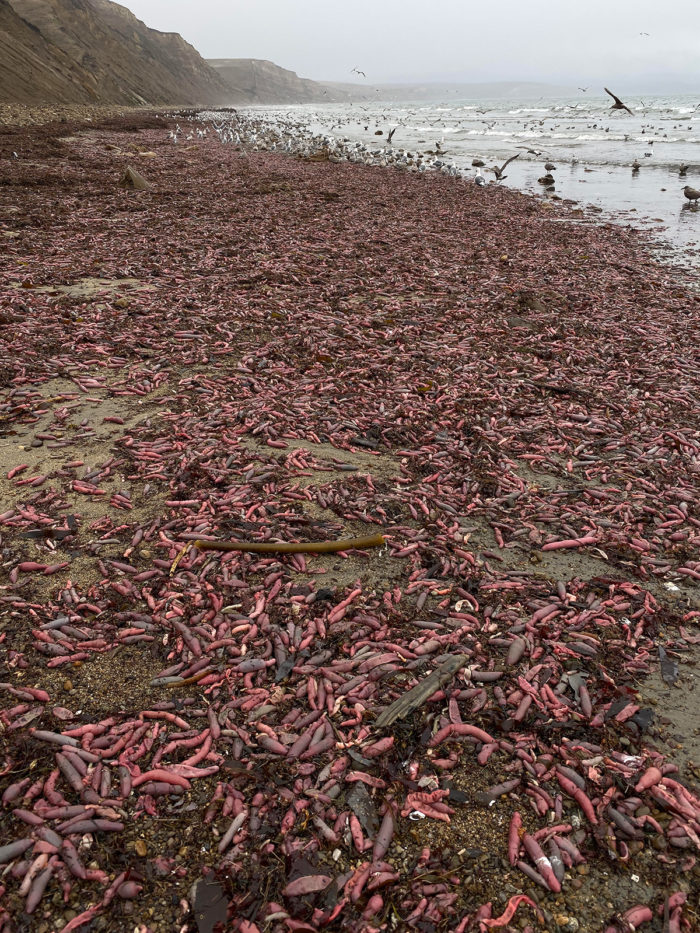 You could be forgiven for being offended by the above photo: thousands of 10-inch wiggly pink sausages strewn about Drakes Beach. The same phenomenon has been reported over the years at Pajaro Dunes, Moss Landing, Bodega Bay, and Princeton Harbor. I’ve heard my share of imaginative theories from beachcombers, such as flotsam of a wrecked bratwurst freighter. In truth, these are living denizens of our beaches rudely, yet also mercifully, mostly called “fat innkeeper worms.”

What in the name of Secretariat is a fat innkeeper worm? The fat innkeeper worm (Urechis caupo) is a type of spoonworm (Ehciuroidea), an order of non-segmented marine worms identified by a spatula-shaped proboscis used for feeding and sometimes grasping or swimming. The fat innkeeper’s family (Urechidae) contains only four species worldwide, collectively known as either innkeeper worms or, well, penis fish. This is why we prefer scientific names. U. caupo is the sole representative in North America, found only from Southern Oregon to Baja, with the bulk of sightings between Bodega Bay and Monterey. So, whether or not you feel privileged by its presence, U. caupo is an almost uniquely California experience, perhaps having the best claim for State Worm.

Yes, the physical design of the fat innkeeper worm has some explaining to do. But the fat innkeeper is perfectly shaped for a life spent underground. Within a beach or mudflat, it digs a U-shaped burrow extending a few feet in length but no wider than the worm itself. The burrow’s front entrance pokes up like a little sand chimney. These can be seen clustered around the low tide line of a mudflat or sandy beach. The backdoor is marked by a pile of worm castings, which get projected out the end of the tunnel with a blast of water from the worm’s hindquarters.

At least we won’t be seeing these things at Flathead Lake!